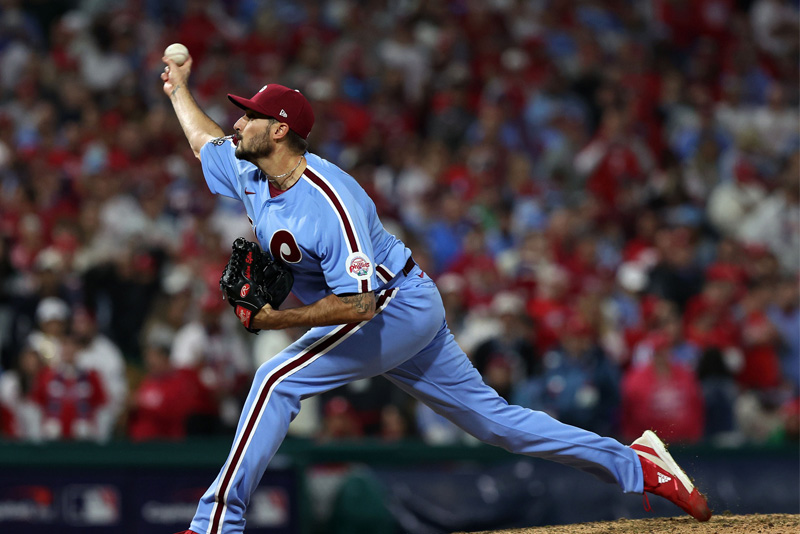 It is Philadelphia’s turn to face the mob at Minute Maid Park in Houston, Texas against the Astros on Saturday evening. Philadelphia lost its second straight match for the first time in a playoff. Phillies hitmen were not there to collect their target as they went awry in the final innings of Game 5 of the series. Outfielder Kyle Schwarber was on the plate in the eighth inning with a Game 5 resting  on his shoulders. Phillies fans chanted and waved signs shouting out “We Want A Schwarbomb!!”,but unfortunately, he ripped the ball down the first-base line.

Catcher J.T. Realmuto tried to sail the ball off the stadium in the ninth, but Houston Center Fielder Chas McCormick made the catch of his lifetime and career against the wall. Right Fielder Bryce Harper was hit by a pitch with two outs but the final Phillies baserunner got stuck up when Nick Castellanos grounded out to end the loss to the Astros. Philadelphia’s crunch-time attempts cost them the game and the NL champions are also down 3-2 in the World Series into Game 6.

At “ The Space City “, Astros pitcher Justin Verlander got his first World Series victory to lead the best of seven series at 3-2. Verlander will be a recipient of his third Cy Young Award this month. They will now play for the 2022 -2023 World Series at home ground.

Houston designated hitter Trey Mancini put up great defense in the eighth frame followed by left fielder Chas McCormick in the ninth inning. The Rockets inch closer for their 2nd championship title. Their first World Series Title was blemished by a scandal in 2017. The Astros can wrap up the series with a victory in this contest at home on Saturday evening.

Philadelphia Phillies vs Houston Astros Game 6. The MLB pick for this contest is the Houston Astros. The Phillies are on the edge of losing the MLB World Series as the team fizzled out in the final frames of Game 5. The Astros performed tough defense to win over Philadelphia last time out. For the Phillies to level the series, SP Jack Wheeler should jump-start early and dominate from the mound; Wheeler allowed five runs (four earned) in five innings in Game 2. The prediction of a close-quarter win will be for Philadelphia in Game 6. The Phillies win Game 6 to a predicted score of 3-2.