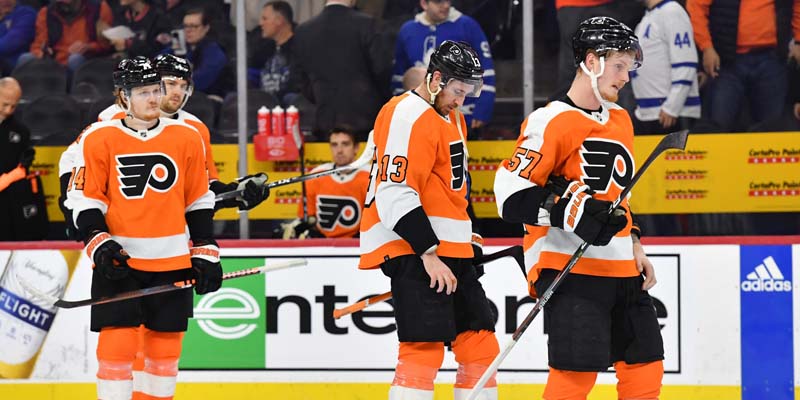 The Philadelphia Flyers will play against the Buffalo Sabres at the KeyBank Center in Buffalo, New York on Monday, January 9, 2023, at 7:00 PM (EDT). The Flyers are in seventh place in the Metropolitan Division with an overall record of 15-18-7. The team snapped its fifth winning streak and lost to the Toronto Maple Leafs by 2-6. Travis Konecny scored a goal in the 18th minute of the first period. Nicolas Deslauriers lifted the team to 2-3 in the second period while being assisted by Patrick Brown.

The Flyers are scoring an average of 2.77 goals per game and are allowing opponents to score 3.23 goals. The team has a value of 16.7 percent on the power play opportunities with a penalty kill of 75.8 percent. Right-wing Travis Konecny is the top point maker of the team with 40 points and 20 goals while Center Kevin Hayes delivered 25 assists.

On the other side of the matchup, the Buffalo Sabres are sitting in fourth place in the Atlantic Division with an overall record of 20-15-2. The team is entering this match with two straight wins, following a 6-5 victory over the Minnesota Wild. Victor Olofsson scored the opening goal in the first period with assists from Casey Mittelstadt and Rasmus Dahlin. The team scored three points in the second period, earning a goal each from Tage Thompson, Dahlin, and Dylan Cozens. Dahlin lifted the team to 5-4 in the third period while Victor Olofsson earned a goal in the overtime summary.

The Sabres are shooting an average of 4.00 goals per game and are allowing opponents to score 3.43 goals. The team has an average of 29.0 percent on the power play opportunities with a penalty kill of 72.4 percent. Right-wing Tage Thompson is the leader of the scoreline with 56 points and 31 goals while defenseman Rasmus Dahlin delivered 32 assists.