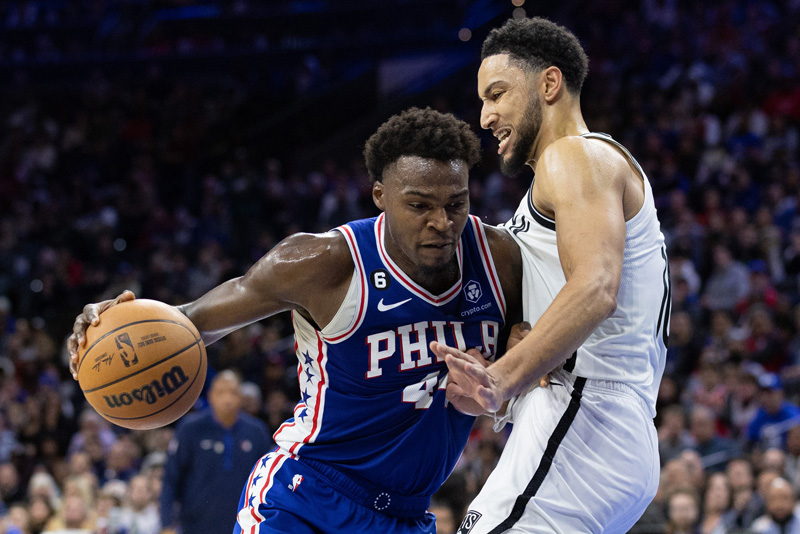 The Philadelphia 76ers will stir the Hornets’ nest at Spectrum, Center against Charlotte in North Carolina on Wednesday evening. Philadelphia recently won over the Brooklyn Nets 115-106 after the Minnesota Timberwolves snapped them off their 3-game winning run 109-112. SF Tobias Harris led with 24 points on 10-for-21 shooting and pulled down six boards. DeAnthony Melton contributed 22 points and four assists. Paul Reed added 19 points and ten rebounds in 31 minutes off the bench for the 76ers. Philadelphia is 7th at 9-8 in the Eastern Conference and second in the Atlantic Division.

At “ The Queen City “, The Charlotte Hornets dropped 11 of their previous 12 games and ranked last in the league in offensive efficiency. Charlotte was unable to make the plays down the stretch of a 106-102 road loss against Washington, Sunday. The Hornets (4-14) missed 24 of their 32 three-point attempts and shot an ice-cold 39 percent overall. Charlotte is 14th at 4-14 in the Eastern Conference and last in the Southeast Division.

The Hornets are 1-9 in their last 10 matches of the season. Charlotte SF Kelly Oubre Jr. tallied a team-high 23 points on 10-for-20 shooting and grabbed seven boards. SF Gordon Hayward added 20 points and five rebounds for the Hornets who had 13 shots blocked by the Wizards.