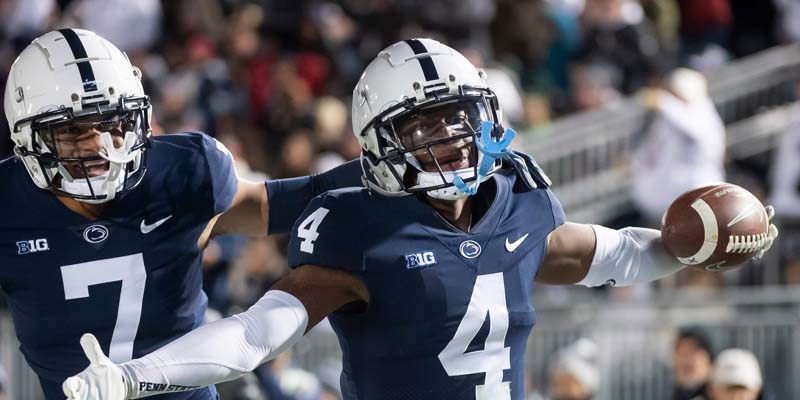 The match between the No.11 Penn State Nittany Lions and the No.8 Utah Utes will be held at the Rose Bowl in Pasadena, California on Monday, January 2, 2023, at 5:00 PM (EDT). The Nittany Lions are in third place in the Big Ten East standings with a record of 10-2. The team won the last four matches of the regular season, following a 35-16 victory over the Michigan State Spartans. Sean Clifford completed 19 of 24 passes with 202 yards and four touchdowns. Kaytron Allen rushed for 82 yards on 21 carries while KeAndre Lambert-Smith delivered 83 receiving yards and a touchdown on five receptions.

The Nittany Lions hauled a total of 250.3 passing yards and 182.1 rushing yards. The team has an average of 35.8 points while allowing 18.0 points. Quarterback Sean Clifford passed for 2,543 yards while running back Nicholas Singleton rushed for 941 yards. Wide receiver Parker Washington led the receivers with 611 yards. Safety Ji’Ayir Brown led the team’s defense with 66 tackles and he also intercepted three passes for the team.

On the other side of the matchup, the No.8 Utah Utes are in second place in the Pac-12 standings with a record of 10-3. The team won the last two matches of the regular season, following a 47-24 victory over the USC Trojans. Cameron Rising passed for 310 yards with two touchdowns on 22 of 34 passes. Ja’Quinden Jackson led the rushing team with 105 yards and two touchdowns on 13 carries while Money Parks delivered 88 yards and a touchdown on four receptions.

The Utes passed for 252.5 yards and rushed for 220.2 total yards. The team has an average of 40.0 points while allowing 20.4 points. Quarterback Cameron Rising passed for a total of 2,939 yards while running back Tavion Thomas rushed for 687 yards. Tight end Dalton Kincaid led the receivers with 890 yards. Safety Cole Bishop is the leader of the defensive line with 77 tackles while cornerback Clark Phillips III intercepted six passes.

No.11 Penn State Nittany Lions vs No.8 Utah Utes. The NCAAF pick is the Utah Utes. The Nittany Lions will be playing this match without their top receiver and top cornerback. The team was unable to win a match in its last six matches in January. Meanwhile, Utah played well in the regular season as they covered the spread in four of their final five matches. Take the Utah Utes to win with a predicted score of 31-28.