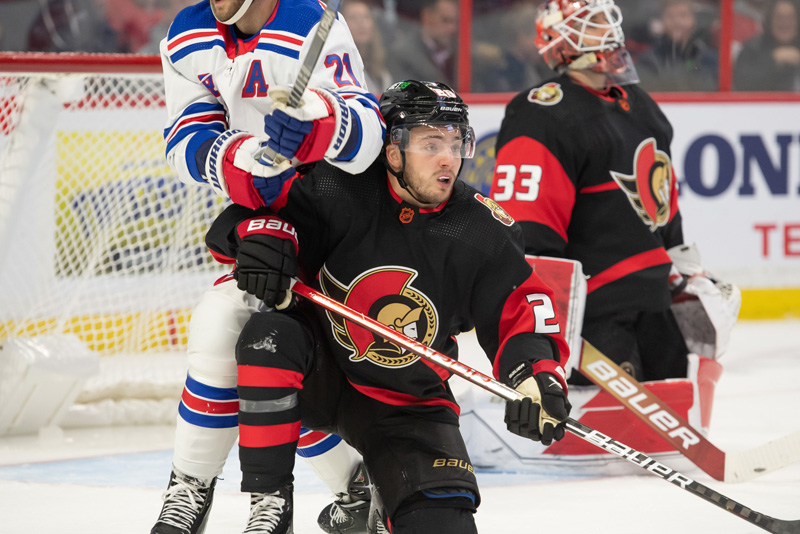 The Ottawa Senators and the New York Rangers will see NHL action at Madison Square Garden in Manhattan, NY, on Friday at 7:00 PM ET. The Senator improved their offense and is now averaging 3.05 goals per game. The Senators are struggling this season. Left-Winger Brady Tkachuk, Center Tim Stützle, and Forward Claude Giroux led the top two lines with 26 goals and 41 assists with the team contributing on the attack. Defensemen Jake Sanderson and Thomas Chabot brought in four goals and 16 assists to help crack open the attack while LW Alex DeBrincat, RW Drake Batherson, and Center Shane Pinto delivered 20 goals and 25 assists among them.

The Senators have a chaotic defense that allows 3.36 goals per game, including 20 goals in the last six matches, despite the offense’s improvement. The defensive unit played horribly allowing opponents to open cracks in the goal despite Goaltenders Jake Sanderson and Travis Hamonic’s combined 2.1 defensive point shares and 68 blocked shots. Cam Talbot’s performance, who has a .918 save percentage and a 2.57 goals-against average on 294 shots, brightened the spots.

The Rangers started just fine in the season but their offense has to improve since they are only making three goals per game (3 goals in each of their past three games). Adam Fox brought in six goals and 19 assists from the point while Chris Kreider, Mika Zibanejad, and Artemi Panarin totaled 28 goals and 42 assists, the rest of the offense played poorly. Alexis Lafreniere and Kaapo Kakko, who play important roles in the forward line, contributed a dismal seven goals and 11 assists to the offense.

The Rangers’ defense is one of the toughest in the league, surrendering 2.79 goals per game, with just one in their last game, despite the offense’s struggle to improve. The Rangers have an excellent defensive duo in Adam Fox and Ryan Lindgren, who summed up for 3.6 defensive point shares and 76 blocked shots. Braden Schneider and K’Andre Miller have 2.1 defensive point shares. Goalie  Igor Shesterkin fared well, stopping 503 of 503 shots for a 2.58 goals-against average and a .913 save percentage.