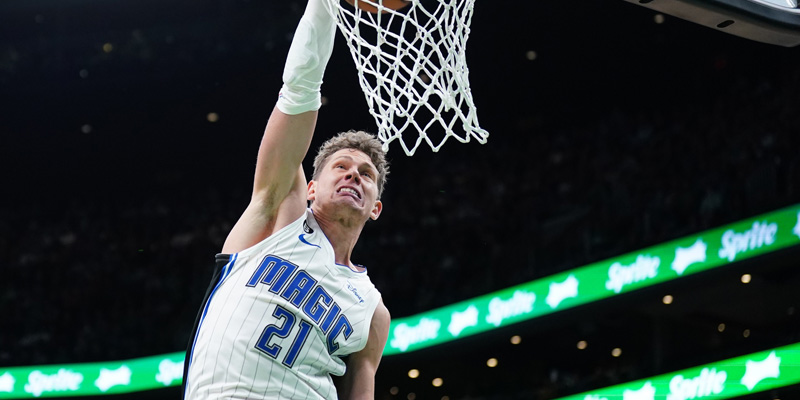 The Orlando Magic will go against the Boston Celtics in NBA action in TD Garden, MA, on Sunday, December 18, 2022, at 3:00 PM ET. The Orlando Magic shocked the NBA’s top team, the Boston Celtics, 117-109 on Friday night to victory their second away game of the year and tenth victory overall. Orlando overcame Boston’s early barrage, which saw them build out to a 14-5 lead, and the dramatic comeback of Boston big man Robert Williams III to emerge victorious. In the victory, Moritz Wagner scored 25 points, and rookie Paolo Banchero added 20. For a Magic squad that seems to be finding its footing, the victory marked their fifth straight. The Magic outrebounded Boston 53-38, which enabled them to maintain their advantage for the last 37 minutes of the game.

During the Magic’s current five-game unbeaten run, the offense got going. They are scoring 118 points a game on roughly 49% shooting, making 11.5 three-point field goals on average every game. The team’s defense also improved, as seen by the 6.2 steals and 4.6 blocks per game on average throughout these five games. In addition, the club averaged 47.4 rebounds per game during this time period despite the absence of Wendell Carter II, the team’s top rebounder and second-leading scorer.

After a road trip that included victories over the Suns and Lakers to maintain their league-leading record, the Boston Celtics arrived home to a 117-109 loss at the hands of the suddenly hot Orlando Magic. Al Horford and Robert Williams III, Boston’s starting big men from the playoff run a year ago, were back, but it wasn’t enough as the Celtics were pummeled on the boards by the relentless Magic. Williams contributed nine points and 5 rebounds to Boston in little over 18 minutes of action in his first match since the NBA Finals.

Boston is content to have Robert Williams III, the Time Lord, on the back end of their defense despite the setback. The defense of the Boston Celtics, which was the best in the NBA last year, was up to par thus far. Boston ranks solidly ninth in 3-point shooting defense while ranking 14th in scoring defense and 15th in shooting defense. Williams’ ability to defend the rim and force opponents into tough shots was missed by the Celtics. With Williams back in the picture, the Celtics’ block average, which now ranks 10th in the NBA, will undoubtedly increase.

Orlando Magic vs Boston Celtics. The NBA pick for this game is the Boston Celtics. It is quite improbable that the Celtics would play another forgettable game, especially against the inexperienced and youthful Magic squad. A closer look at the data from game one reveals that Boston made just 11 of their 48 tries at 3-point field goals, several of which were clear looks. Even if Boston increases their 3-point shooting from 23% to 30% in this match, the score will change significantly. Horford also played a restricted number of minutes after missing a week. The Celtics should be able to take advantage of Orlando’s continued lack of guard depth in this contest thanks to their outstanding backcourt. Boston is likely to play better at home and win easily. Boston will win predicted at  122-105.