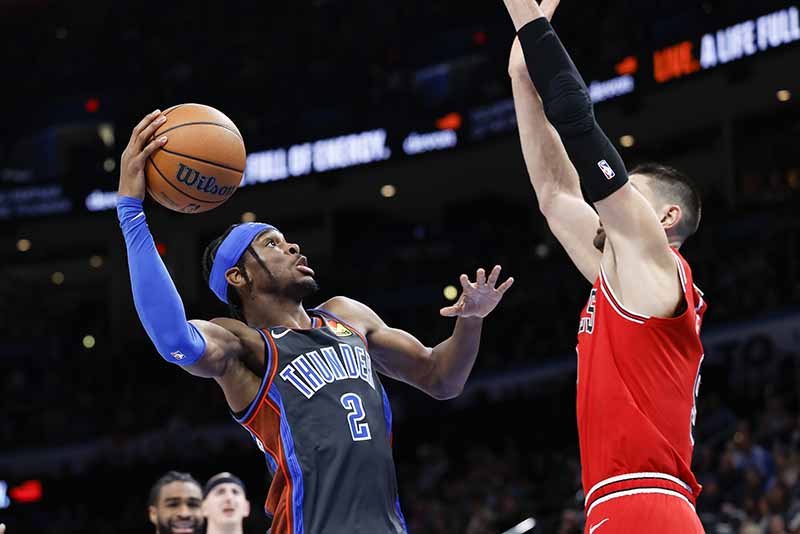 The Oklahoma City Thunder just took care of business in the East Central Division and will now head to the Pacific Division to clash with the Rockets at Toyota Center in Houston, Texas on Saturday evening. Oklahoma City rolled over the Bulls to a score of 123-119 in OT. The Thunder (8-11) outscored the Bulls 68-46 in the paint and shot 46 percent from the field. Oklahoma City is 12th at 8-11 in the Western Conference and 5th in the Northwest Division.

The Thunder is 4-6 in its last 10 matches of the season. The Thunder Outscored the Bulls 68-46 in the paint and shot 46 percent from the field. Oklahoma City had SG Shai Gilgeous-Alexander convert 14 of 15 free-throw attempts and matched a game-high with 30 points. PG Josh Giddey contributed ten points to go along with 13 rebounds and nine assists. Darius Bazley chipped in 17 points in 20 minutes off the Thunder bench.

At “ The Space City “, The Houston Rockets dropped five of their last seven games and rank near the bottom of the league in defensive efficiency. Last night, Houston bombarded the Hawks by 16 points in the fourth quarter to storm back for a 128-122 home victory. The Rockets (4-14) drove  the Hawks off the glass by a 59-28 margin and assisted on 25 of their 41 made field goals. Houston is at the bottom of the Western Conference at 4-14 and last in the Pacific Division.

The Rockets are 3-7 in their last 10 matches of the season. Houston has Second-year pro Jalen Green leading five Houston players in double figures with 30 points (10-17 FG), five rebounds, and five assists. Rookie F Jabari Smith Jr. and F Kenyon Martin Jr. added 21 points each on a combined 16-for-30 from the field. Green leads the scoring line with 21.0 ppg, 41.2% in FG shooting, and 80.7% from the FT line.