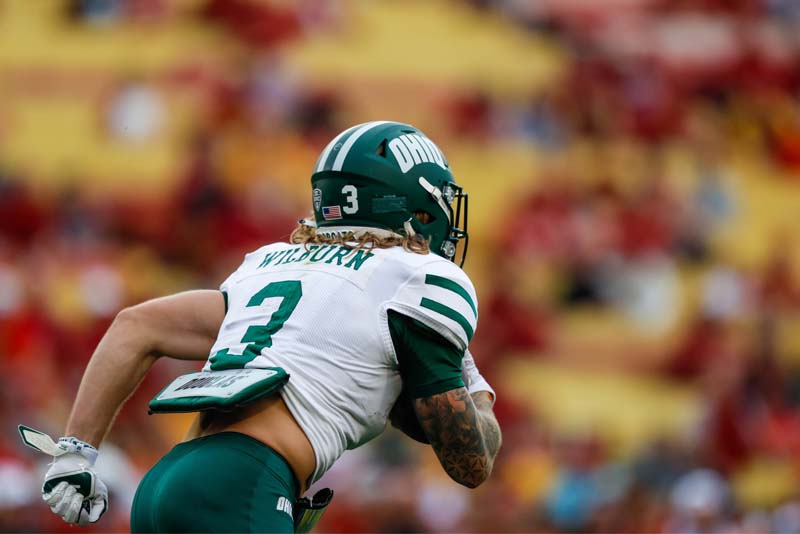 The Ohio Bobcats and the Miami (OH) Redhawks will square off at the Fred C. Yager Stadium in Oxford, Ohio on Tuesday at 7:30 PM (EDT). The Bobcats are in first place at 6-3 in the MAC East standings. The Bobcats are riding on a four-game winning run after a 45-24 victory over the Buffalo Bulls last week. QB Kurtis Rourke completed 20 of his 29 passes with 317 yards, five touchdowns, and one interception. RB Cam Dorsey rushed for a total of 52 yards with one touchdown on 12 carries. WR Sam Wiglusz led the receiving team with 131 yards and two touchdowns on six receptions.

Ohio is passing a total of 309.4 yards and rushing 122.4 yards. Rourke has a total of 2,725 passing yards while running back Sieh Bangura rushed for a total of 495 yards. Wide receiver Wiglusz made 710 total receiving yards. LB Keye Thompon led the team’s defensive line with 75 tackles while CB Zach Sanders picked two passes for the Bobcats.

The Redhawks, on the other hand, are in fourth place at 4-5 in the MAC East standings. The Miami (OH) won over the Akron Zips last week to a score of 27-9. QB Brett Gabbert passed for 13 of 23 attempts with 184 yards and a touchdown. RB Keyon Mozee led the rushing team with 52 yards and a touchdown on 13 carries while WR Mac Hippenhammer led the team’s receivers with 84 yards on four receptions.

Ohio Bobcats vs Miami (OH) Redhawks. The NCAAF pick is the Ohio Bobcats. The Bobcats are on the roll, winning four straight matches. The team has won by 19 points in three of its last matches. Meanwhile, Miami (OH) is a very inconsistent team that won just two of its last five matches. The Bobcats are coming off with a solid offense that will be enough to beat the Redhawks. The Ohio Bobcats will win with a predicted score of 31-27.