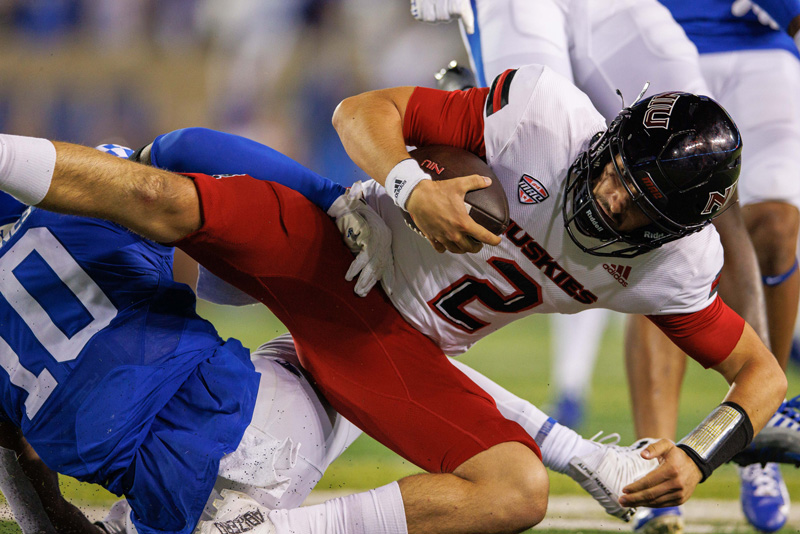 The Huskies had a top-25 offensive in terms of running yards, averaging 202.3 per game to rank 22nd in the FBS. The team fared better on offense, placing 35th in the FBS with a 44.8% third-down percentage, but having a bottom-25 defense on third down that places eighth-worst in the FBS (47.2% third-down conversion rate). Northern Illinois (+2) has the 53rd-best turnover margin in college football with 10 induced turnovers (87th in the FBS) compared to 8 committed turnovers (20th in the FBS).

The Bowling Green Falcons recently beat the Broncos 13-9. QB Treyson Bourguet paced the Broncos against the Falcons with 191 yards on 16 of 27 passes (59.3%), one TD, and one pick. He ran the ball 29 yards on seven carries. Sean Tyler ran 26 times for a total of 93 yards (3.6 yards per carry), including one reception for 0 passing yards.

Corey Crooms had eight catches for 151 yards (18.9 per grab) and a score against the Falcons. Against the Western Michigan Chippewas, QB Nevan Cremascoli completed 13 of 33 passes (39.4%) for 158 yards, 2 YDs, and one interception. WR Harrison Waylee had a 20-carry, 136-yard performance (6.8 yards per attempt), and he also added a single grab for three additional yards. On six targets, Tristen Tewes caught three passes for a total of 70 yards and one score.