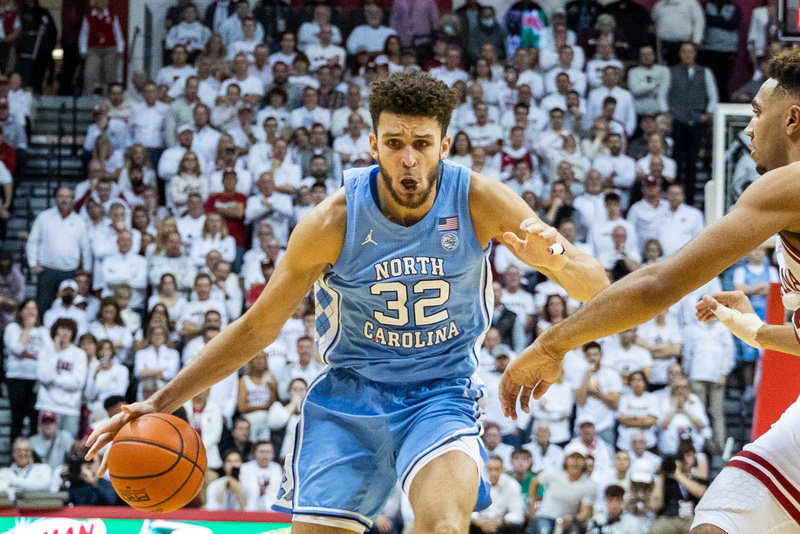 The NCAAM hoops action is back at Cassell Coliseum in Blacksburg, Virginia. The North Carolina Tar Heels will face the Virginia Tech Hokies on Sunday afternoon at 3 PM ET. The No. 18 North Carolina Tar Heels opened the season as the top-ranked team in the NCAA Men’s Basketball after battling for the title game in April. The Tar Heels began their title quest with five straight wins but looked mediocre in wins over Gardner Webb and Portland. Quality teams over the past week of action proved their weakness against the sloppy plays against weaker squads. They lost to Iowa State and then to No. 18 Alabama to close out the Phil Knight Legacy Event. That awry plays rolled over into a non-conference road match at Indiana on Wednesday; the Hoosiers picked up a decisive 77-65 win.

Meanwhile, the Virginia Tech Hokies are 7-1, 5-0 at home, and are in 4th place in the Atlantic Coast Conference. The Hokies’ offense is averaging 78 points, 34 rebounds, and 15 assists per game. Virginia Tech’s defense allows 65 points and is averaging 3.5 blocks, and 4.5 steals. The team’s toughest game was with the Penn State Nittany Lions in the middle of November where the Hokies escaped with a 61-59 win as 3-point favorites. Following the victory, Virginia Tech lost to Charleston as a 6-point favorite. After this, the team recovered to the winning column to beat Charleston Southern, and Minnesota.

Virginia Tech’s top scorer had exactly 17 points in four consecutive wins, strange isn’t it? Sean Pedulla had 17 points in the 67-57 win over Minnesota. Pedulla leads the team with 17.1 points per game after sinking 8 of 13 in FG shooting against the Golden Gophers. The Hokies’ offense lit up the scoreboard this season, ranking the team No. 23 nationally in effective field goal percentage (56.3). The Hokies are sixth in the country in turnovers at 14% of their possessions.