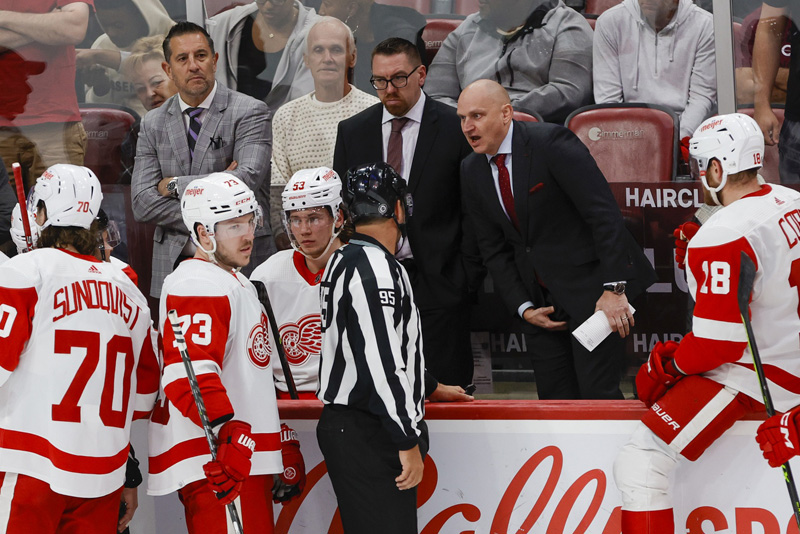 Detroit, Michigan, The latest gaming company to ink a sponsorship deal with a sports franchise is PokerStars. The contract agreement will cover several years and guarantees that PokerStars’ will be promoted and marketed prominently around Little Caesars Arena, in downtown Detroit, where the Red Wings hold their home games.

PokerStars branding on the ice with a professional hockey team is a partnership that poker players and fans will enjoy. The firm is pleased to join with the Red Wings and appreciates the percolated support, says Chris McGowan, President, and CEO of Ilitch Sports and Entertainment.

PokerStars Marketing Director in the US Severin Rasset said that they are very proud and excited about a long-term partnership with a renowned NHL team like the Detroit Red Wings. Rasset further added that the partnership with Red Wings will bring exciting experiences for the PokerStars group, thereby developing the concepts of expansion on what the entity has to offer to players based in the State of Michigan as well as to players across the country.

PokerStars is poker played over the internet in an online cardroom. It was a part of The Stars Group, a Canadian gaming and online gambling entity based in Toronto, Ontario, Canada. It was sold to Flutter Entertainment last May 5, 2020. The app can be downloaded by poker players for Windows, macOS, Android, and iOS. It is the largest real-money online poker gambling site in the world, controlling over two-thirds of the total online poker market.

PokerStars.com sponsored an online satellite tournament that produced the 2003 World Series of Poker (WSOP) champion, Chris Moneymaker. Moneymaker is the first poker player to become a world champion after qualifying at an online poker site, Moneymaker’s 2003 win was an important factor in accelerating the poker boom of the mid-2000s. Media called this boom the “Moneymaker effect.”

There are several Gambling companies that have sponsorship deals with various sports teams.

One of the gambling companies that are into sports team sponsorship is Bwin Interactive Entertainment AG. The entity is an Austrian gambling company that offers online sports betting, Casino table games, and poker.

Bwin was not so popular before it started sponsoring sports teams and international competitions. Since it started the sponsorship arena, Bwin branding continued with various sports franchises through the years. Bwin made sponsorship contract agreements with teams such as Bayern Munich – Fußball-Club Bayern München also known as FC Bayern, Bayern

Another team Bwin sponsored is Manchester United, also known as Man United or simply United. It is a professional soccer team based in Old Trafford, Greater Manchester, England. Manchester United competes in the top division of the English Football League system, The Premier League.

One gambling company that is sponsoring sports teams is Bet365. The firm is based in the UK and was founded in 2000. It has hundreds of betting stations across the planet and is present in casinos and sports betting facilities. Bet365 is a veteran in the sports teams’ sponsorship deals just like Bwin. In 2018-2019, Bet365 expanded its sponsorship activities by inking agreements with 10 teams in La Liga which was almost half the league’s team in the organization. Those teams include RCD Espanyol, Villarreal, Athletic Club, Real Betis, Getafe, SD Huesca, Celta Vigo, Rayo Vallecano, Real Valladolid, and SD Eibar.

The global online gambling company founded in 2006 with a sportsbook, casino, and esports is Betway. Sponsorship is a major part of Betway’s strategy to have its presence felt in the international market. Betway continues its sponsorship actively with teams, clubs, and events in the world of sports.