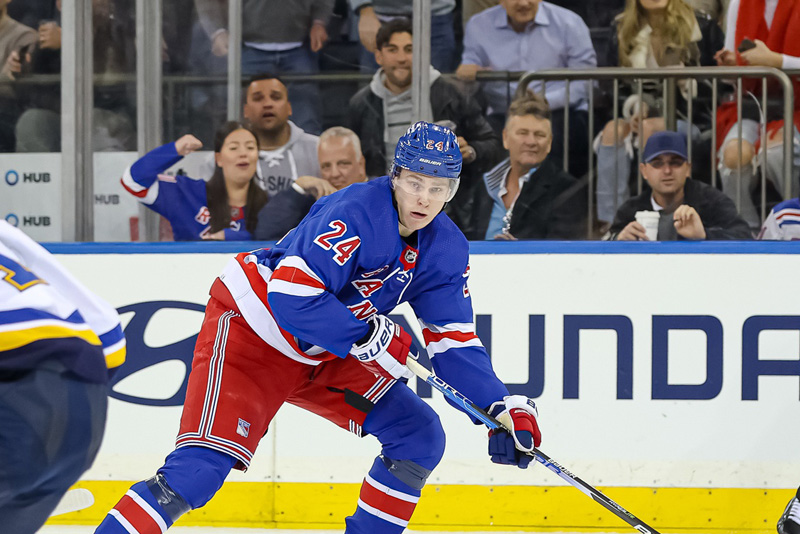 The New York Rangers will visit T-Mobile Arena in Paradise, Nevada to face off with the Vegas Golden Knights on Wednesday at 10:00 PM (EDT). New York is a below-average performer this season with twelve wins out of its 27 matches. The Rangers lost four of their last five including two in a row after bowing out 5-2 to Chicago. Jaroslav Halak struggled in the net posting a .800 save percentage after allowing four goals on twenty shots in 57.5 minutes. Mika Zibanejad was the only one shining in the New York offense with one goal and one assist in just over 23 minutes of regulation time.

The Rangers’ offense has below-average scoring at 2.9 two goals on 33.8 shots while its defense allowed 2.89 goals on 29.2 shots per game. Artemi Panarin led the New York Rangers offense with 30 points to go along with a team-high of 24 assists on the season. Mika Zibanejad led with 13 goals on 110 shots.

Meanwhile, the Vegas Golden Knights are back home with 19 wins on the season after a 4-1 victory trouncing of the Detroit Red Wings. Adin Hill controlled the net posting a .960 save percentage after letting only a goal for 25 shots in 64 minutes of game time. Phil Kessel led the Vegas offense with a goal and an assist in just over 11 minutes.

The Vegas Golden Knights accomplished a 19-7-1 finish with a 3-1-0 total after the team stamped its 2nd straight win following a 4-3 shootout win over the Boston Bruins at TD Garden on Monday. Vegas wasted a 3-0 second-period lead in regulation time, but ultimately connected the only snipe of the competition, as Reilly Smith had 12 goals, and 18 points this season, exploded in the fifth round of the tiebreaker, thus ending Boston’s record-breaking 14-game home winning run. Paul Cotter had 4 goals, 6 points, and tallied twice for Vegas.

New York Rangers vs Vegas Golden Knights. The NHL pick is the Vegas Golden Knights. The Golden Knights have beaten the Rangers in six of their previous eight meetings, winning six of the most recent seven, earning three victories in their past four clashes in Las Vegas. Vegas is the better team on both sides of the rink and will pound on the Rangers on Wednesday night. Vegas controlled this game with a powerful offense with the home crowd pushing them on. Predicted to win this battle is Vegas 4-1.