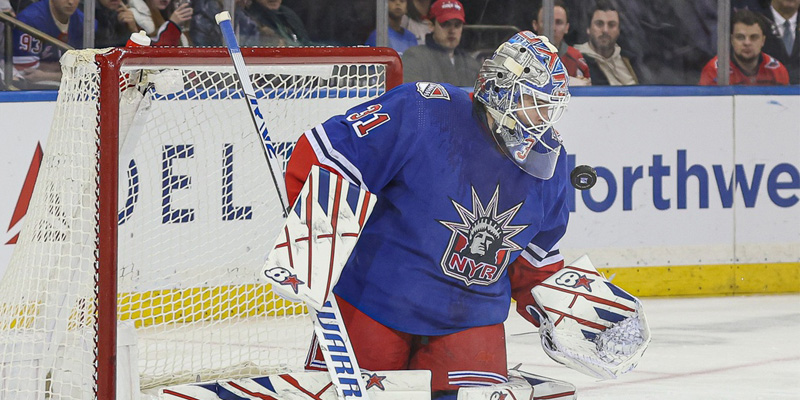 The New York Rangers will meet with the Tampa Bay Lightning in NHL action in Amalie Arena, FL, on Thursday, December 29, 2022, at 7:00 PM ET. Competitors of the New York Rangers accrued 106 power play opportunities, ranking 19th in hockey, and scored 21 goals in those opportunities. With 1,041 shots attempted against them, the Rangers have a save percentage of.905. New York attempted 1,165 shots and now has a 9.9% shooting percentage. The Rangers scored 90 goals on the attacking end of the ice while allowing the opposition to score 78 goals when playing at even strength.

New York has 114 power play opportunities, and they took advantage of 25 of them to score goals, giving them a percentage of 21.93%. They scored 43 points so far this season, and their point percentage is.597. The New York Rangers scored 115 goals this season, ranking them 12th in the National Hockey League while surrendering 99 goals.

Tampa Bay is now 25th in the NHL with 1,005 shots and a shooting percentage of 11.44%, while permitting its opponents to take 987 shots. On the 104 power play attempts made by their opponents, they had an 80.77% penalty kill percentage and a 90.3% save percentage. They amassed 118 power play opportunities for a  cumulative power play percentage of 26.27%.

The Lightning has 84 goals at even strength and 31 goals while holding a power play advantage, ranking fifth in professional hockey. They let up 96 goals, including 76 goals scored at equal strength and 20 goals scored when they were short-handed. The Tampa Bay Lightning contributed 115 goals, 41 points, and a points percentage of .641 so far this season.

New York Rangers vs Tampa Bay Lightning. The NHL pick for this game is the Tampa Bay Lightning. Brian Elliott is probably monitoring the crease on the other side of the rink. His current save percentage is.910 with 12,600 saves out of 13,845 shots attempted. Elliott played in 530 games and possesses a career record of 274-161-52. His total time on the ice is 29,358 minutes, and he started 482 games. Elliott has 260 quality starting assignments in his career, translating to a quality start percentage of 53.9%. He let up 1,245 goals overall while his opponents scored an average of 2.54 goals per game. Tampa Bay faced the Red Wings in their most recent game, which ended in a loss for the Lightning by a score of 7-4. They had four chances to score on the power play throughout this game, but they failed to do so. Out of their 38 attempts at goal, the Lightning scored 4 goals. The Tampa Bay Lightning will win to a predicted score of 5-2.