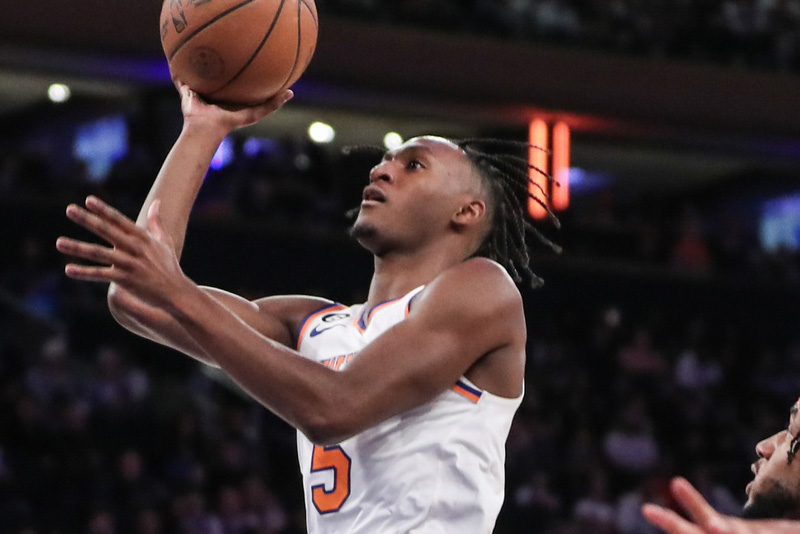 The New York Knicks will go against the Utah Jazz in NBA action in Vivint Arena, UT, on Tuesday, November 15, 2022, at 9:00 PM ET. In their most recent home game against the Thunder, New York had a strong offensive performance, but their terrible defensive play contributed to a 10-point loss. As of Monday night, the Knicks had a record of 6-7 and were in fourth place in the Atlantic Division, four matches behind the Celtics for first place. New York got out to a fast start against Oklahoma City, leading 48-36 after the first quarter, but it was their best performance. The Knicks were behind by six at the half, by sixteen after three quarters, and by as much as 19 points in the second half because they were unable to pull any closer than three after the break.

The Knicks are now 12th in the NBA in scoring offense for the season with 114.7 points scored per game. New York is third in the league for rebounding with 47.4 rebounds per game and is ranked seventeenth for assists with 24.3 assists per game. Due to their 116.8 point per game scoring defense, the Knicks are 25th in the league.

Utah lost their second consecutive match after falling to Washington and Philadelphia over the weekend on the east coast in back-to-back sets. The Jazz’s record dropped to 10-5 for the year, and they shared the lead in the division battle on Monday night with Portland and Denver. Joel Embiid, who led the 76ers to victory in the game, was unable to be stopped by the Jazz against Philadelphia. Utah had leads of up to seven points early on, up to fourteen points halfway through the second quarter, and six points at the half.

This season, the Jazz averaged 116.9 points per game, placing them fourth in the NBA in offensive efficiency. Utah ranks fifth in assists per game with 27.7 while ranking 12th in rebounds with 44.9 per game. In terms of field goal percentage, Utah is shooting 46.7% from the field, which ranks 17th in the conference. The Jazz rank fourth in the league in terms of three-pointers made per game with an average of 14.7 and are ninth in terms of three-point field goal percentage with 37%.

New York Knicks vs Utah Jazz. The NBA pick for this game is the Utah Jazz. The third game Utah played in three cities in as many nights. Similar circumstances exist for the Knicks, who will play the second match of a back-to-back against the Nuggets at Mile-High City on Wednesday night. In their previous game against the Thunder, New York’s defense totally crumbled under pressure. It will now be difficult for the Knicks to defend against a Utah club that has a lot of depth on the wings. The fact that Utah is unblemished at home helps them defeat a Knicks club that was destroyed by Oklahoma City. The Utah Jazz will win to a predicted score of