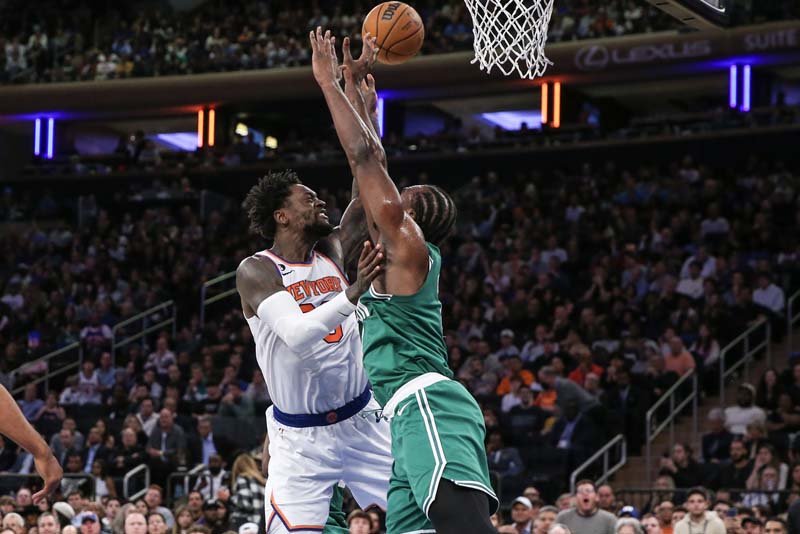 The New York Knicks will clash with the Timberwolves at Target Center in Minnesota on Monday at 9:15 PM ET. Despite having a winning record at home, New York enters this game with just a 1-3 record on the road. The Knicks split their first eight games. When the season began, New York came close to defeating an injured Memphis squad, but the club had trouble all season against tougher opposition. Defeats for the Knicks came from Milwaukee, Memphis, Atlanta, and Cleveland. The teams that New York had beaten were Detroit, Charlotte, Orlando, and a Philadelphia squad that was suffering from injuries. The Knicks’ uneven defense was their biggest problem they have.

The Timberwolves were underwhelming this season. Expectations were raised when the Vikings traded many first-round draft selections for Rudy Gobert, but Minnesota was inconsistent, with the offense underperforming especially so far this season. Through nine matches, the Timberwolves had a record of just 4-5, with two of those defeats coming at the hands of the Spurs, a club in rebuilding mode. Minnesota also suffered defeats from the Bucks, Suns, and Utah. The Timberwolves had an erratic start to the year.

SG Anthony Edwards leads Minnesota in scoring with a game average of 23.2 points. Even though the third-year player only shoots 45.7 percent from the field, he was the team’s most reliable offensive player this season. Averaging 13.9 rebounds per game, Center Rudy Gobert leads the club in this category. D’Angelo Russell averages 5.6 assists per game, which puts him in first place on the squad.

New York Knicks vs Minnesota Timberwolves. The NBA pick for this game is the New York Knicks. Although the Knicks were not great, this group is giving it their all, and New York currently has stronger chemistry than Minnesota. In comparison to 2021, Randle seems better this year, and New York became used to playing Brunson. Rudy Gobert’s offense integration in Minnesota is still a work in progress, while power player Karl Anthony-Towns struggled this season after switching from the center position. This year, Minnesota was thoroughly outplayed by a number of teams, including Utah at home. The squad is still figuring out how to play with Gobert on both sides of the ball. The Knicks roster is nothing exceptional, but this group plays hard, and so far this year, New York has looked better than it did last. The Knicks will win predicted at 120-111.