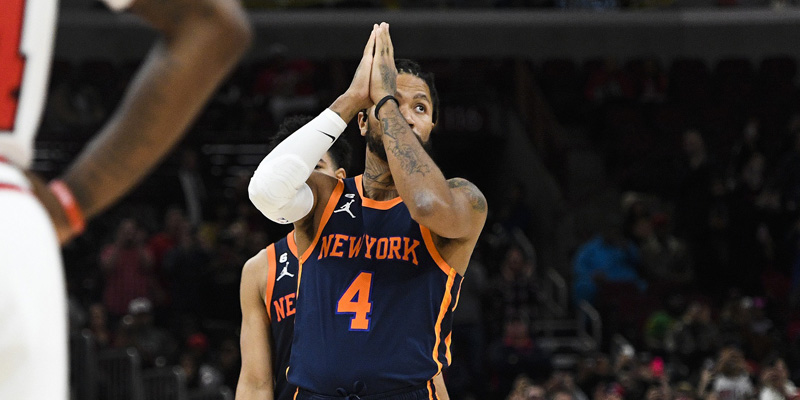 The New York Knicks will go against the Indiana Pacers in NBA action in Gainbridge Fieldhouse, IN, on Sunday, December 18, 2022, at 5:00 PM ET. On Sunday, the New York Knicks wrap off a brief three-game road trip. They defeated their opponents in both of their most recent meetings in Chicago, winning the first one 128-120 in overtime on Wednesday and the second one 114-91 despite being three-point underdogs. One of the league’s hottest teams, the Knicks won six straight games thanks to outstanding defensive performance. They were consistent, covering the spread in all of their victories.

In their last 10 matches, the Knicks are 7-3 on the road, where they won five consecutive matches. New York’s offense is booming, as their season average of 114.3 points places them 12th overall. The defense keeps mesmerizing. They are restricting opponents to 113.4 points, which ranks them 13th in the league, and they are ranked in the top five in numerous defensive statistics.

The Indiana Pacers come into this one having dropped three of their previous four matches. The lone victory during that time was remarkable; it came on Wednesday, when they defeated Golden State at home, 125-119. On Friday night, they lost 118-112 against the Cavaliers on the road as eight-point underdogs. In the first month, the Pacers exceeded expectations, but they declined and already lost seven of 10 matches. In two of the previous four meetings, they won against the spread.

The Pacers lost to the Heat and Nets in two of their previous five home games, bringing their home record to 3-2. With at least 115 points scored in four of their previous six matches, Indiana maintained its offensive dominance and is now averaging 114.9 points per game, good for tenth place overall. It is difficult to defend. They are ranked 23rd in the NBA for average points allowed.

New York Knicks vs Indiana Pacers. The NBA pick for this game is the New York Knicks. The New York Knicks keep getting better. With the help of a tough defense, they already won six consecutive matches. They won all five of their recent away games, including consecutive victories in Chicago on Wednesday and Friday night. The Pacers are having trouble, having dropped three of their previous four games. The Knicks’ defense was recently outstanding as well. In five of their previous six games, they gave up 102 points or fewer. The Pacers rely on their offense to keep games close, but they may not overcome this defense. The Knicks are also dominating by significant margins. Their previous six victories were all by eight points or more. The New York Knicks will win to a predicted score of 118-113.