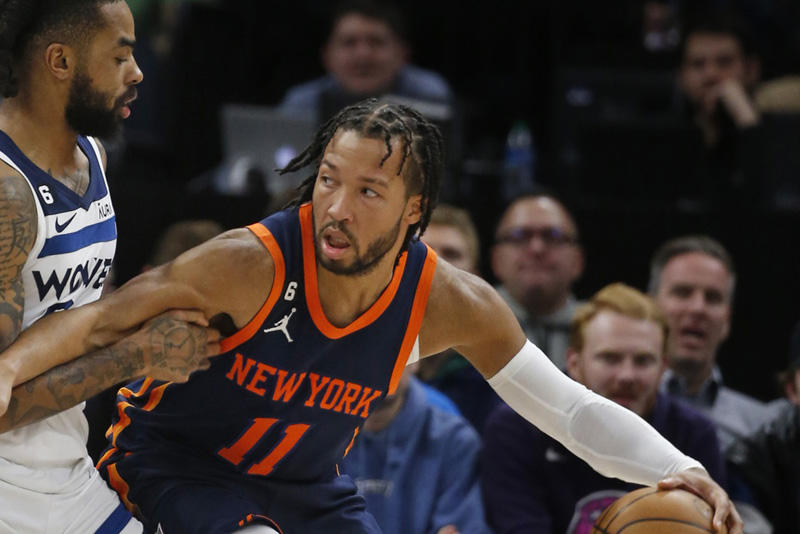 Fresh from their 120-107 victory over the Minnesota Timberwolves, The New York Knicks will drop by Brooklyn to battle the Nets before heading home to the Big Apple. The Knicks are 5-5 and third in the Atlantic division, two games behind the first-place Boston Celtics. PF Julius Randle scored a team-high 31 points for New York and the Knicks outrebounded the Timberwolves 43-39.

The New York Knicks are averaging 115 points on 46.3 percent shooting and allowing 115 points on 43.5 percent FG shooting. Randle is averaging 20.1 points and 8.9 rebounds, while Jalen Brunson averages 19.7 points and 4 rebounds. SF RJ Barrett is the third double-digit scorer and Obi Toppin is grabbing 4 rebounds. The Knicks are shooting 33.9 percent from beyond the arc and 77.1 percent from the free throw line. The New York Knicks are allowing 34.5 percent shooting from deep and are grabbing 48.8 rebounds per game.

Meanwhile, The Brooklyn Nets just lost to a score of 94-96 against the Dallas Mavericks at American Airlines Center before heading home back East. The Nets look to bounce back from a loss with a victory on Wednesday when hosting the New York Knicks. Brooklyn is 4-7 and last in the Atlantic division. Kevin Durant was the leading scorer for Brooklyn with 26 points. The Nets shot only 43.8% overall and were outrebounded by Dallas 41-34.

The Nets average 110.5 points on 47.6 percent FG shooting and allow 111.5 points on 45 percent FG shooting. Kevin Durant averages 31 points and 4.7 assists, while PG Kyrie Irving is averaging 26.9 points and 5.1 rebounds. Center Nic Claxton is the third double-digit scorer and SF Royce O’Neale is grabbing 4.2 rebounds. The Brooklyn Nets are shooting 35.1 percent from beyond the arc and 81.9 percent from the free throw line. The team is allowing 38.9 percent shooting from deep and are grabbing 39.5 rebounds per game.

New York Knicks vs Brooklyn Nets. The NBA pick for this match is the Brooklyn Nets. The UNDER is a solid choice and the play here is the Knicks. New York covered the number in 14 of the last 19 versus Brooklyn and the Knicks played well on the road, covering the number 13 of the last 16 times away from home. Brooklyn is playing short-handed as the Nets or without the suspended Kyrie Irving and the injured TJ Warren. The team struggled to score this season averaging 110.5 points per game which is only 20th in the NBA. Prediction, New York Knicks win and cover ATS 115-105.