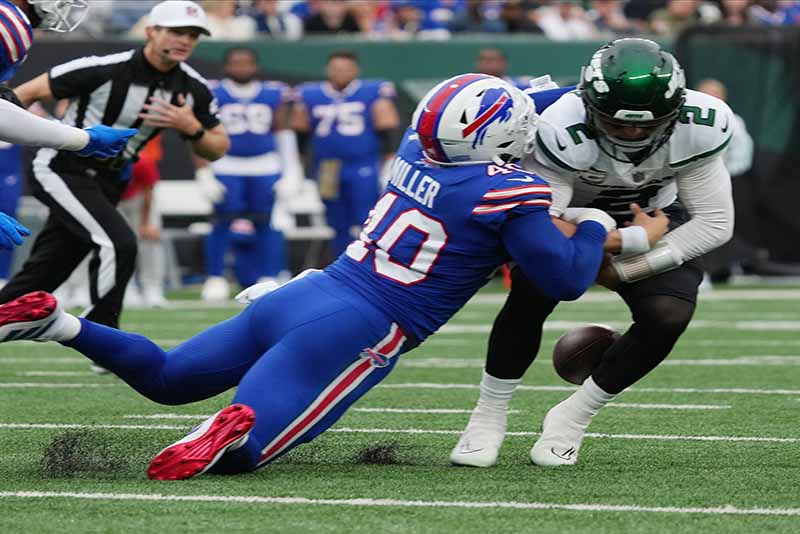 The New York Jets will battle against the New England Patriots at Gillette Stadium in Foxborough, Massachusetts on Sunday, November 20, 2022, at 1:00 PM ET. New York is scoring 21.8 PPG at this time. They rank 18th in the league with an average running average of 116.0 yards. The Jets have a total of 3,015 yards for the season. The team has 101 first downs under their belt and 55 penalties for 597 yards. New York amassed 10 passing scores and 10 rushing touchdowns when it came to scoring in the end zone.

The Jets enter this game with a 6-3 record on the season. The Jets’ recent match was a 20-17 victory over the Buffalo Bills. Michael Carter led the Jets in rushing with 12 attempts for 76 yards (6.3 yards per carry). Garrett Wilson collected 92 yards on 8 receptions, averaging 11.5 yards per catch. Zach Wilson completed 18 of 25 passes for 154 yards and one touchdown. He finished the game without throwing an interception, earning a quarterback rating of 101.1.

The New England Patriots are 26th out of all NFL teams in terms of average game yardage at 319.9 yds. They continue to get 117.2 yards on the ground per game on average and gained 1,055 yards so far this season. The New England offense committed 52 violations for a total of 418 yards in penalties, which places them 20th in the league in terms of aiding the other team. The Patriots currently sit in 23rd place in the NFL with 1,824 passing yards for the season, in addition to holding opponents to an average of 202.7 passing yards per game.

The Patriots enter this contest with a 5-4 record for the year. The Patriots beat the Colts in their most recent game 26-3. Mac Jones, who had one score, completed 20 of 30 passes for 147 yards and a quarterback rating of 89.2. His average passing yardage was 4.9 yards, and he didn’t throw any picks. One of the Patriots’ main targets, Jakobi Meyers, hauled in five passes for 42 yards (8.4 yards per catch). Rhamondre Stevenson ran the ball 15 times for a total of 60 yards, giving New England 4.0 yards per carry.