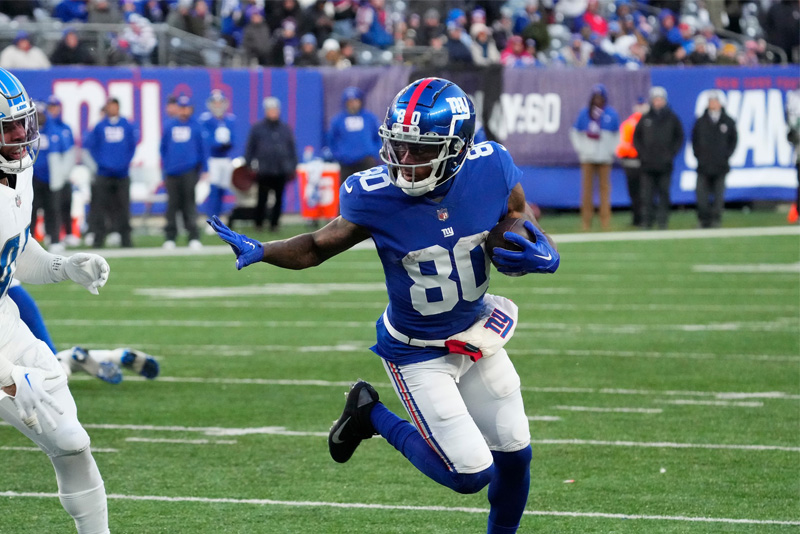 AT&T Stadium in Arlington, Texas will host The New York Giants against the Dallas Cowboys in NFL action on Thursday at 4:30 PM ET. The NY Giants recently lost to the roaring Detroit lions 18-31 despite being a -3 underdog, Sunday. The Giants were 3-1 on the road this year. Detroit running back Jamaal Williams scored a career-high three touchdowns on the ground. The Lions forced three errors in the defeat and limited Giants RB Saquon Barkley to just 22 yards on 15 carries. The 2022 season’s first nine matches saw Barkley, the league’s top rusher, average 103.4 yards per game. He was only held to fewer than 70 rushing yards twice all season. Daniel Jones, the quarterback, had his moments (344 passing yards, 50 rushing yards on seven runs, and three total touchdowns), but he also made two mistakes—his first turnovers since Week 3.

Nevertheless, NY’s defense improved in 2022. The Giants are allowing fewer passing yards per game and 20.4 fewer points per game than they did last year (24.5). Even though they only rank 25th in the NFL for takeaways (9), they are doing well enough to win football matches, which is the only statistic that matters.

The Dallas Cowboys are performing admirably this year, especially given that QB Dak Prescott only missed a total of four games. The Cowboys, who won three of their previous four games, destroyed the Vikings last week, outgaining them by a margin of 458 yards to 183. Dallas had the ball for a longer period than Minnesota did—37 minutes as opposed to 22. Prescott played his best game of the season; the 29-year-old was almost faultless (22-for-25, 276 passing yards, and 2 TDs).

The Cowboys’ defense lived up to expectations, with Micah Parsons serving as the unit’s MVP (47 tackles, ten sacks). In terms of points allowed, passing yards permitted, takeaways allowed, and total yards permitted per game, the Cowboys are #1. However, the defense struggled to stop the run, ranking 26th in the NFL in terms of rushing yards allowed per game. That was clearly demonstrated two weeks ago when the Packers defeated Green Bay 31-28 after coming back from a 14-point hole thanks to their running offense.

New York Giants vs Dallas Cowboys. The NFL pick for this game is the New York Giants. It’s difficult to pick against the Cowboys after the way they performed against Minnesota. Dallas also went 4-0 ATS over its last four home matches. The Giants are still 7-3, so an 8.5-point spread favoring the home team in a divisional matchup is unfair.  The New York Giants will win to a predicted score of 27-21.