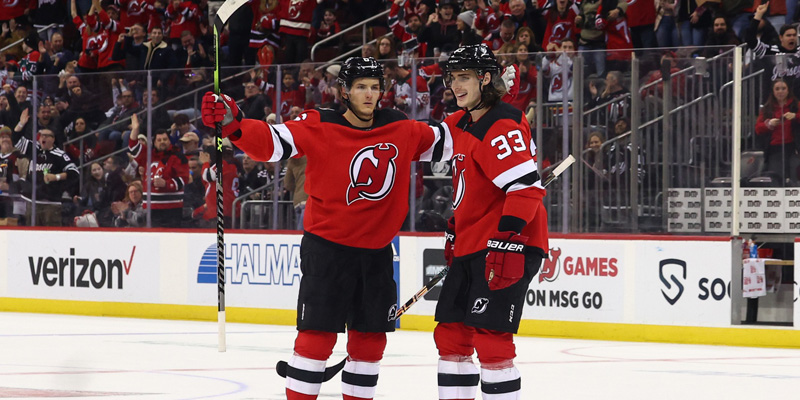 The New Jersey Devils and the Florida Panthers will collide at FLA Live Arena in Sunrise, Florida on Wednesday evening. The Devils delivered their best plays until they tripped after losing five straight matches including a road loss to the Carolina Hurricanes 4-1 on Tuesday.  The Devils earned their second place, just two points behind the Carolina Hurricanes on top of the Metropolitan Division with an 11-2-1 tally on the road. Jack Hughes scored the lone goal for New Jersey on assists from Brendan Smith and LW Jesper Bratt in the loss.

The Devils dropped to 5th place in the whole NHL but are getting the support from the whole team. Jack Hughes powered the New Jersey offensive with a team-high pf 16 goals, 20 assists, and 36 points. The Devils’ goalkeeper Akira Schmidt tended the net with a 5-3-0 record with a save percentage of .932 with a goals-against average of 1.96.

The Florida Panthers are back home to try and rebound from a disgusting road loss by hosting New Jersey on Wednesday evening. The Panthers lost three of their last five outings including their recent 3-7 road loss to the top-ranked Boston Bruins in their last outing. Florida was scoreless for two periods but managed to score just three goals in the second period resulting in their four-point loss. Centers Sam Reinhart, Eric Staal, and Carter Verhaeghe scored one goal each for the Panthers.

Florida is 15-14-4 for 34 points and are 5th in the Atlantic Division, four points behind the final wildcard spot in the East. Left-wingman Matthew Tkachuk stirred the league by leading the Florida Panthers skaters with 25 assists and 39 overall points. Tkachuk also added 14 goals to his scorecard with a couple coming from a power-play shot and 10 power-play assists on 110 shots fired at him for the season.