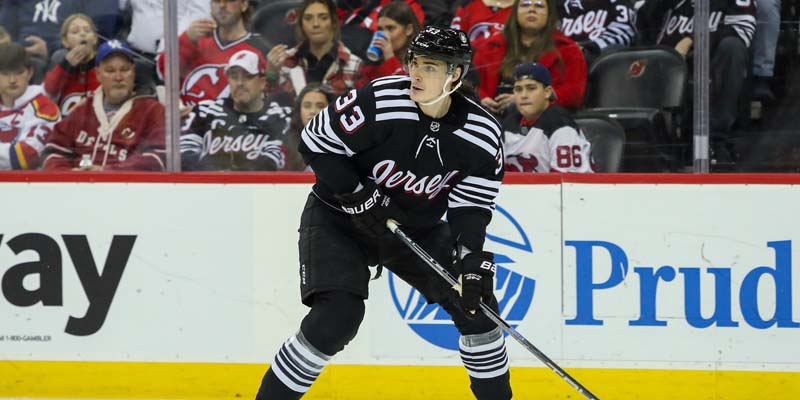 The New Jersey Devils will go against the Detroit Red Wings in NHL action in Little Caesars Arena, MI, on Wednesday, January 4, 2023, at 7:00 PM ET. In their previous match, New Jersey was a +100 underdog and fell to the Carolina Hurricanes 5-4 in a shootout. Jesper Bratt earned two goals and a helper. Two assists went to Tomas Tatar. Jack Hughes and Nico Hischier both scored goals. Of the 47 shots she faced, MacKenzie Blackwood blocked 43 of them. The Devils’ offense recently had trouble. In seven of their last ten games, they scored three goals or fewer.

New Jersey had outstanding goaltending and defense. They are second in shots against per game and fifth in goals allowed. Having a 5-3-1 record, MacKenzie Blackwood has a 3.05 GAA and.888 SV%. With a 2.38 GAA and.911 SV%, Vitek Vanecek has a 13-5-2 record. This year, Dougie Hamilton boasts eight goals and 23 assists. Among all defensemen in the league, he is tied for sixth in points, fourth in goals, and ninth in assists.

Detroit defeated the Ottawa Senators 4-2 despite being a +115 underdog in their prior contest. Lucas Raymond contributed an assist and a goal. Elmer Soderblom, Pius Suter, and Michael Rasmussen all scored goals. Against 23 shots, Magnus Hellberg blocked 21 of them. The Red Wings’ offense was a little below average. They are 24th in shots per game and 19th in goals per game respectively. In seven of their last ten matches, Detroit scored three goals or fewer. A squad captain, Dylan Larkin has 32 points and 13 goals. David Perron has 27 points, while Dominik Kubalik has 28.

For Detroit, both the defense and the goaltender were slightly below average. They have a 20th-place goal against average and a 17th-place shot against average. Having a 12-6-5 record, Ville Husso has a 2.86 GAA and.908 SV%.

New Jersey Devils vs. Detroit Red Wings. The NHL Pick for this contest is the Detroit Red Wings. Recently, New Jersey struggled, dropping eight of their previous 10 games. Their offensive performance was not great. In seven of their last ten games, the Devils scored three goals or fewer. Detroit improved recently, having won three of their last four matches. With regard to New Jersey, the Red Wings performed admirably. In their last 10 encounters with the Devils, Detroit is 6-4. Detroit will win by a predicted score of 4-3.