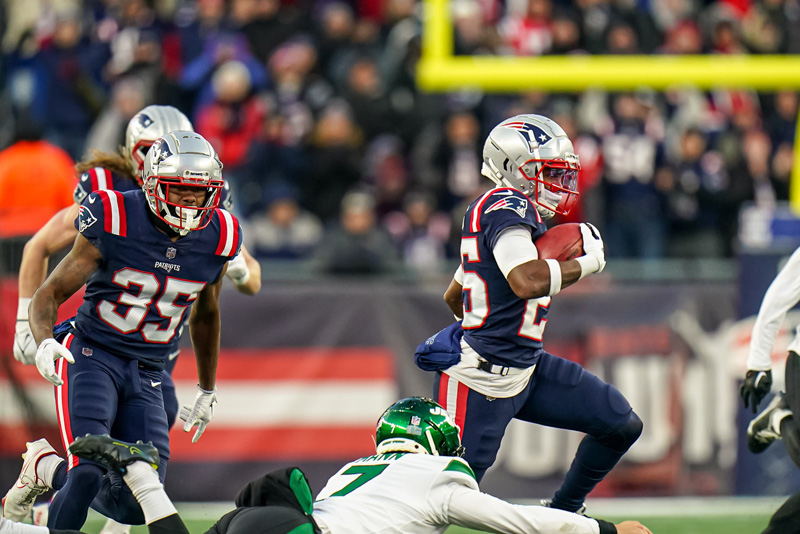 The New England Patriots will head to U.S. Bank Stadium in downtown Minneapolis, MN, to repel the Vikings in NFL action on Thursday at 8:20 PM ET. New England got off to a sluggish start, dropping three of their first four games at the onset of the regular season. Since then, the Patriots excelled, sweeping five of their previous six matches. Their last two victories came against the Jets, including a 10-3 victory on Sunday in a game with little offensive production. Marcus Jones, a rookie punt returner, returned a punt 84 yards for a TD with 5 seconds left. After DeSean Jackson’s infamous return against the Giants in 2010 with no time left, it was the second-latest game-winning score on a punt return in regulation since 1970.

After defeating the Jets by a score of 22-17 at the end of October, New England did not play on the road. The Patriots are still searching for an offensive rhythm as they rank 25th in terms of yards per game (317.6). Mac Jones, the quarterback, threw for 1,386 yards, 4 touchdowns, and seven interceptions on 68.7% of his attempts. Wide receiver Jacobi Meyers, who boasts 44 receptions for 509 yards and three scores, was his main target.

The Minnesota Vikings just experienced what was arguably its most stunning performance of the year. The Vikings suffered a Week 2 loss at Philadelphia, which does not appear to be a terrible defeat now, but they followed it up with a seven-game unbeaten run. Two weeks prior, they defeated Buffalo in overtime, and they seemed to be bursting with confidence going into their matchup with Dallas on Sunday. However, The Vikings’ performance was a complete disaster, as they lost by a score of 40-3. It was the biggest road win in Dallas’ illustrious history and the team’s fifth-worst defeat ever. Six penalties were committed by Minnesota in the third quarter alone as the team struggled throughout the entire game.

The Vikings’ record may be better than it is because they have the smallest average winning margin in 90 years. Kirk Cousins, the quarterback, concluded the game against the Cowboys with 12 of 23 for 105 yards and a fumble which he lost. A narrative to follow against a New England defense that ranks fourth overall and allows 302.8 yards per game is the fact that he was also sacked 27 times.

New England Patriots vs Minnesota Vikings. The NFL pick for this game is the New England Patriots. The Vikings were outscored overall this season, so their statistics do not correspond to their record. Many gamblers will consider these teams’ records and favor Minnesota, but New England is preferable in this situation. The Patriots were quietly playing excellent football, having won six of their previous seven matches against the spread. It’s better to support them on Thanksgiving because they have a much better defense and won the last five games between these two teams. The New England Patriots will win to a predicted score of 24-20.