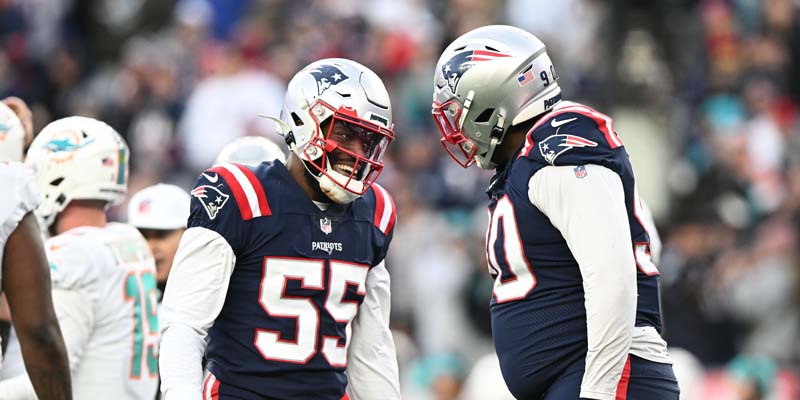 The New England Patriots will go against the Buffalo Bills in NFL action in Highmark Stadium, NY, on Sunday, January 8, 2023, at 1:00 PM ET. This year, New England started out to a rough start, dropping three of its first four matches. However, it soon recovered, capturing five of its following six games. With a 23-21 victory over Miami last week, they were able to finally get back on track. In the final moments, Jones made a number of crucial plays to help his team end a four-game losing streak to AFC East foes.

In the victory over Miami, Jones completed 20 of 33 passes for 203 yards, two touchdowns, and no interceptions. Due to a late touchdown by Miami, the Patriots, who were 3-point favorites, failed to cover the spread and only did it once in their last six matches. They struggled as underdogs this season, finishing 1-7 straight up and 2-6 against the spread. They had a poor offensive for the majority of the year, now having the 26th-best yards per game (312.9). Buffalo’s defense is ranked seventh in the NFL with 317.7 yards allowed per game. Throughout this season, Jones completed 65.2% of his throws for 2,754 yards, 11 touchdowns, and 8 interceptions.

Given that Hamlin’s injury was among the worst that players and spectators saw, Buffalo is in one of the most vulnerable positions of any team in NFL history. After coming up on Wednesday in the intensive care unit in Cincinnati, he was reportedly able to obey orders and write down his thoughts. The subplot involving Hamlin, which is unquestionably the most significant one going into this game, is progressing significantly. In terms of football, Buffalo’s chances of obtaining the top seed are currently in doubt.

With victories against the Browns, Lions, Patriots, Jets, Dolphins, and Bears, the Bills came into their match against the Bengals on Monday night on a six-game winning run. Star quarterback Josh Allen, who heads the NFL’s fourth-ranked offense, serves as their leader (381.4). For 4,029 yards, 32 touchdowns, and 13 interceptions this season, he completed 63.4% of his throws. Allen also averaged 6.4 yards per carry while rushing for 746 yards and seven touchdowns.

New England Patriots vs Buffalo Bills. The NFL pick for this game is the Buffalo Bills. Buffalo’s mindset going into this game will undoubtedly be influenced by the Hamlin issue, but it will also have an impact on New England and the entire league. In honor of Hamlin, who already asked physicians if his team won the game on Monday night, anticipate the Bills to play their finest game of the season. Going into that game, the Bills were on a six-game winning streak and demolished New England in their previous three encounters. The Patriots are under tremendous pressure because of their position in the playoff standings, and they won’t be able to defeat Buffalo’s determined attempt. The Buffalo Bills will win to a predicted score of 27-17.