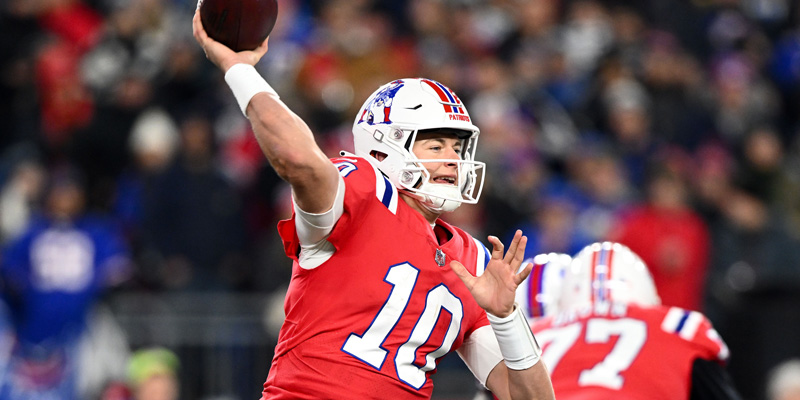 The New England Patriots and Arizona Cardinals will meet at State Farm Stadium in Glendale, AZ  on Monday, December 12th, 2022 at 8:15 PM ET. New England (6-6) dropped straight matches and currently ranks seventh in the league in total defense (311.8 ypg). On Thursday night, the Buffalo Bills outscored the Patriots 24-10 at 14 points during the second quarter of a home loss. New England is 4th in the AFC East Division.

The New England Patriots were 6-4 and locked into a wildcard spot in the AFC playoff picture three weeks earlier. The Patriots are now just .500 and dropping fast. New England is tied with Denver in last place in red zone touchdowns on the season. Quarterback Mac Jones went 22-of-36 for just 195 yards and a touchdown against the Bills. The Patriots went just 3-of-12 on third down and 0-for-1 in the red zone.

Meanwhile, the Arizona Cardinals‘ performance deviated from what they expected to be as fans expected their contention for the NFC West Division title. The team is 4-8 on the season and it was a struggle for the Cardinals with the suspension of leading wide receiver DeAndre Hopkins and the contract negotiation squabble with QB Kyle Murray. Murray completed 66.3% of his passes for 2,359 yards, 14 touchdowns, and 7 interceptions. DeAndre Hopkins and Marquise Brown combined for 1,105 receiving yards and 6 TDs while Rondale Moore had 41 receptions. The Cardinals’ ground game averages 114.9 yards per contest, and James Conner leads with 476 yards and 4 touchdowns.

The Cardinals lost six of their seven home matches and could end up disappointed with regrets on the five-year, $230.5 million dollar contract given to QB Kyler Murray. The Cardinals sit in the middle of the pack in total offense and are scoring 22 ppg. Arizona gave up a two-point conversion with 15 seconds remaining during a 25-24 home loss to the Los Angeles Chargers.

New England Patriots vs. Arizona Cardinals. The NFL Pick for this contest is New England -1.5. The Cardinals TE Zach Ertz will be out for the season with a knee injury and WR Rondale Moore (groin) is probable to suit up for this game. The Patriots need this win to stay in contention for a playoff spot and the Cardinals are on the brink of losing the window for the playoffs. New England will win on the road Predicted to a score of 27-17.