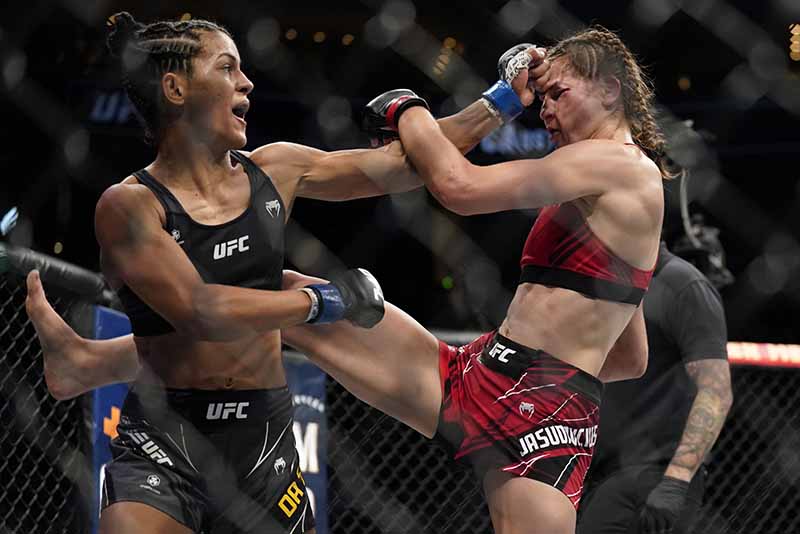 Natalia Silva will square off against Tereza Bleda at UFC Vegas 65 on Saturday, November 19, 2022. The odds have Silva priced at -175 while Bleda is at +150. The girls from the lightest weight division will open the UFC Fight Night 215 tournament. Opponents approach the duel with significant winning runs. However, in the UFC, the Brazilian will hold only the second fight, and the representative of the Czech Republic will make her debut in the promotion. We will analyze the basic styles and the actual shape of the girls, after which we will choose a bet for the first confrontation of the evening.

Czech Tereza Bleda is only 20 years old, she started performing in the octagon in 2020. Having become the champion of the strongest Czech organization OKTAGON, in September Bleda took part in the Contender Series 2022, where she coped with the Brazilian Nayara Maya by decision. Tereza has excellent balanced skills, and with a 6-0 record, the girl got 2 wins in any way.

Concluding the for Natalia Silva vs Teresa Bleda prediction: The UFC Fight Night 215 tournament will be opened by girls whose win streaks can be envied by most pro fighters. Moreover, the girl from the Czech Republic has never lost in the octagon, although she previously fought in a good European promotion. Teresa is 12 cm taller than her opponent, so it is the Czech woman who should work as the first number in the rack. And although the experience is on Silva’s side, in this fight we want to believe in Bleda’s victory.