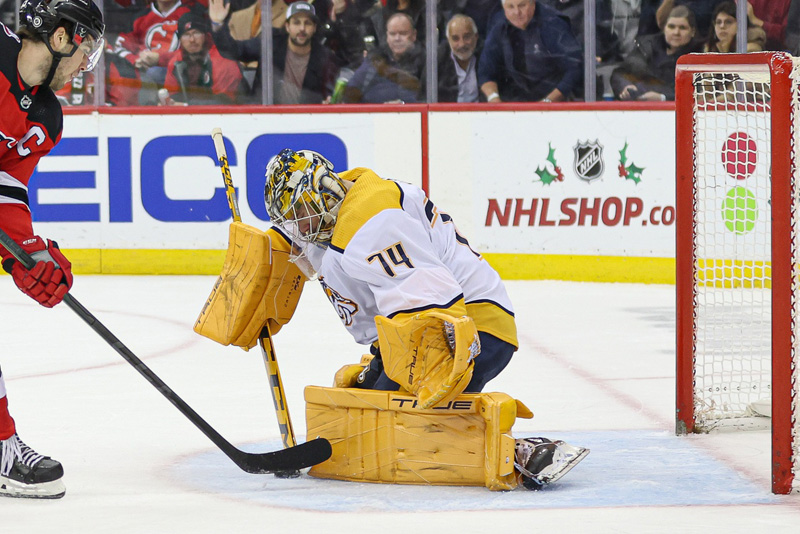 The Nashville Predators and the New York Islanders will see NHL action at UBS Arena in Elmont, NY on Friday at 7:30 PM ET. Nashville is lining the ice admirably and recently pounced on the Anaheim Ducks 2-1 in overtime at home. Center Matt Duchene is the team captain and capped his night with two assists. The team made 58.2 percent of their faceoffs and registered two goals on 41 shots. They tried two power plays but were unsuccessful in two tries. Their defense thwarted any power play chances for their opponents. Juuse Saros played superbly allowing just one goal on 34 shots.

Nashville’s attack had a poor start and now ranks second-worst in the league with only 55 goals scored in the season. The Predators team rose to the occasion when needed, especially left-winger Filip Forsberg, who has 19 points (seven goals, 12 assists) to start the season; he is a force to consider on the ice. The defenses were strong ranking 10th in the NHL with 66 goals.

The New York Islanders recently lost 3-1 and were unable to beat the Philadelphia Flyers. The Islanders had defenseman Noah Dobson scoring the lone goal for his team. The team was able to score a goal on 24 shots. The team made one of their four power play breaks. NY goalkeeper, Ilya Sorokin, allowed two goals on 30-shot attempts. The Islanders will be a tough challenge if they continue to play the way they do in maintaining the scoring level of the game.

The NY Islanders are currently ranked 11th in the NHL with 78 goals scored indicating that their goal-scoring was around average. Center Mathew Barzal has 26 points this season (two goals, 24 assists), ranking him second in assists. The team limits their opponents to 62 total goals on defense, ranking them  seventh in the NHL as of this time. The Islanders will have a shot of successfully eliminating opponents with their attacking put in place.

Nashville Predators vs New York Islanders. The NHL pick for this game is the New York Islanders. Both squads’ defenses are standing firm, but the Islanders’ performance is far better; they allowed only 1.8 goals in their past four matches compared to 2.8 for the Predators in their last five. Both teams did well on the penalty kill, but New York is now sixth in the NHL with an 83.1 kill percentage, while Nashville is currently 11th with an 80.6 kill percentage. In their past encounters, the favorite prevailed. The New York Islanders to win this one predicted a score of 4-3.