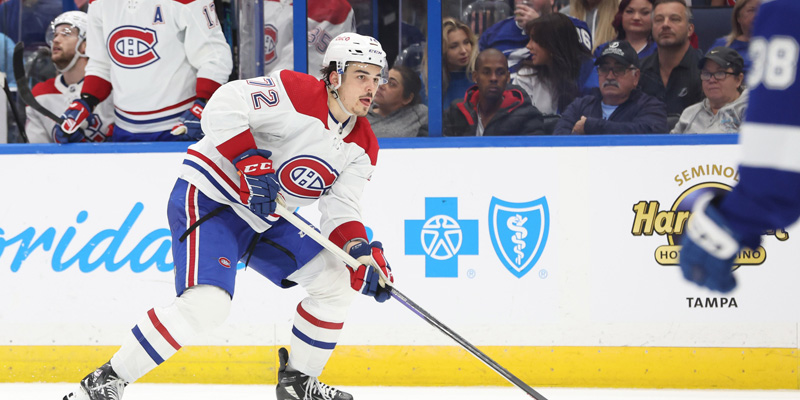 The Montreal Canadiens will go against the Florida Panthers in NHL action in FLA Live Arena, FL, on Thursday, December 29, 2022, at 7:00 PM ET. As they faced Tampa Bay on Wednesday night, Montreal is playing the second game in a back-to-back set. With a 15-16-3 record entering Wednesday, the Canadiens were tied for seventh place in the Atlantic Division, 24 points behind Boston for first place, 8 points behind Tampa Bay for the last assured playoff position, and 10 points behind Washington for the second wild-card slot. In terms of offensive output, Montreal is 27th in the league with 2.68 goals scored per game this season. The Canadiens surrendered an average of 3.47 goals per game, which ranks them 25th in goals against. By converting 14.2% of their opportunities when they have the man advantage annually, Montreal ranks 32nd in the league for power play success.

Montreal suffered their fifth straight defeat in their most recent game against the Stars after letting a third-period lead slip away on the road. The Canadiens were outshot 9-8 in the first period, but after 20 minutes of play, they still had a 1-0 advantage. At 4:04 in the period, Jake Evans scored his first goal of the year while on the power play with assists from Michael Pezzetta and Jordan Harris. After two periods of play, Montreal was up 2-1 despite being outshot 13-8 in the second period by both teams. At 2:24, Pezzetta scored his second goal of the year to give the Canadiens a 2-0 advantage with an assist from Arber Xhekaj. Later in the period, Montreal let up a goal that cut their advantage in half.

Florida was thoroughly beaten by the Islanders on the road, their third consecutive setback and sixth in their previous eight matches. The Panthers were tied for fifth place in the Atlantic Division as of Wednesday, 23 points behind the Bruins for first place in the division and 7 points behind the Lightning for the last automatic playoff position. For the second wild card place, they were nine points behind the Rangers. Florida averaged 3.23 goals per match this year, which ranks them 13th in the conference. With an average of 3.40 goals allowed per game, the Panthers are tied for 22nd place in the league.

In their final match before the Christmas break, Florida’s offense struggled against the Islanders, and they were routed away from home. Despite being outshot 12-8 in the opening period of play, the Panthers went into the locker room with a 1-0 advantage. At 8:09, Matthew Tkachuk scored his 15th goal of the season, assisted by Brandon Montour, to start the scoring. Florida trailed 2-1 in the second half after being outshot (16-6) and outscored (2-0) in the second quarter. The Panthers were outshot 15-9 in the third period and outscored 3-0, putting the game beyond their grasp.