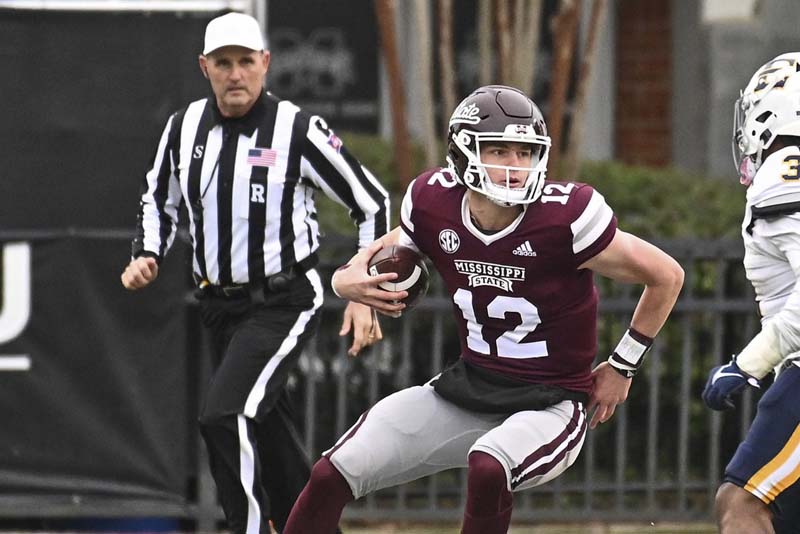 The Mississippi State Bulldogs will bash bodies with #14 Ole Miss Rebels in NCAAF action at Vaught-Hemingway Stadium at Hollingsworth Field in Mississippi on Thursday at 7:00 PM ET. The Bulldogs enter this contest hoping to build on their recent 56-7 win over East Tennessee State. Jo’quavious Marks has 456 rushing yards and 8 touchdowns this season, while Will Rogers passed for 3,474 yards, 32 touchdowns, and 5 interceptions on 68.1% of his passes. While Rara Thomas leads Mississippi State with 599 receiving yards and 6 TDs, Dillon Johnson has 415 rushing yards as well. Caleb Ducking has 42 receptions, 450 receiving yards, 8 TDs, and 599 receiving yards.

While 5 other receivers have each accumulated 200+ receiving yards this season, Lideatrick Griffin and Rufus Harvey each have 400+ receiving yards. While Jett Johnson boasts 93 total tackles and Tyrus Wheat has a team-high 5 sacks, Nathaniel Watson leads the team with 98 overall tackles and 4 sacks. The team’s most sacks this year are 6, which Emmanuel Forbes also possesses.

The Rebels will look to avenge a 42-27 setback from Arkansas in their most recent contest. Quinshon Jenkins, a sensational rookie, ran the ball 24 times for 214 yards and a scoring run of one yard. Zach Evans, an Ole Miss running back, contributed 207 rushing yards on only 17 attempts. For the Rebels, Jaxson Dart passed for 240 yards and added 44 more on the ground.

RBs Quinshon Judkins and Zach Evans each have a team-high 1,385 rushing yards and 16 touchdowns, while Jaxson Dart threw for 2,363 yards, 16 touchdowns, and 8 interceptions on 60.4% of his passes. Malik Heath has a team-high 47 catches for 754 yards and four touchdowns this season, while Jonathan Mingo has a team-high 768 receiving yards on 41 receptions. Troy Brown leads the Ole Miss defense with 77 total tackles, while the team has 29 sacks.