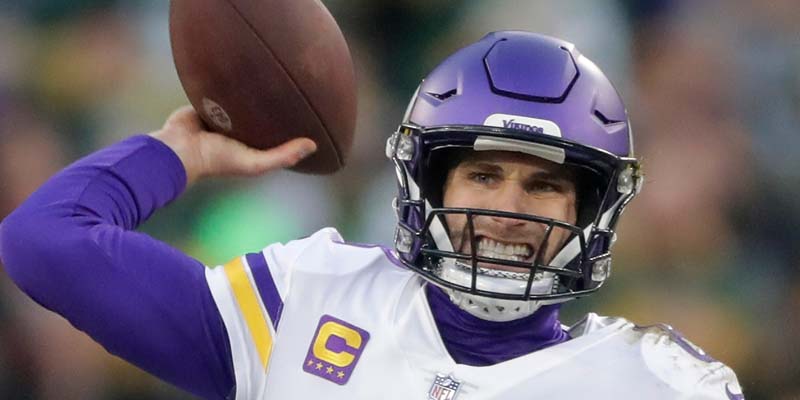 The Minnesota Vikings will go against the Chicago Bears in NFL action in Soldier Field, IL, on Sunday, January 8, 2023, at 1:00 PM ET. Despite taking a beating in Green Bay last week, the NFC North champions won four of their last six matches handily. They have a season ATS record of 6-9-1 and an ATS record of 0-4 in their last four matches. The offense scores 24.7 points per game, which puts it sixth in the NFL. They scored 353.9 total yards of offense per game on average, with 258.9 passing yards per game, sixth best in the league, accounting for the majority of that total. They allowed 25.9 points per game on defense, which is the second-worst mark in the league.

Guard Austin Schlottmann, who was starting at center in place of the injured Garrett Bradbury, was put on injured reserve after suffering a fractured fibula in last week’s match. With a partially torn Achilles sustained in the same match, tackle Brian O’Neill also made a mark on the I-R.

Chicago lost nine games in a row straight up. The top choice in the draft is theirs if they lose here and the Texans lose. They are 1-6 ATS in their last seven games and 5-10-1 ATS overall. Only ten teams in the league do not average more than 20 points per game, while the Bears’ offense was good for 19.6 points a game. They are leading the league with the highest average of 310.9 overall yards per game and 181 rushing yards per game. With 27.1 points and 369.3 total yards allowed per game, their defense ranks last in the NFL. They gave up the second-most rushing yards per game (158.3) in the league.

With Fields down, David Montgomery should have a great opportunity to take the lead role in the rushing attack. He had the second-fewest touches this season last week with only 24 yards on six carries. The Bears running back averaged 14.6 attempts, 64.4 yards a game, and two touchdowns in the previous five games. He has 194 attempts for 780 yards and 5 touchdowns overall.

Minnesota Vikings vs Chicago Bears. The NFL pick for this game is the Minnesota Vikings. This week, the Bears were asked if they were trying to tank for the top overall pick by keeping Fields on the roster, but their head coach swiftly put an end to it. He was in for 15 of the team’s 16 matches this season, thus his absence might indicate the exact opposite. Regardless, Nathan Peterman won’t start in Week 18 and instantly become a fantastic quarterback. In the previous five meetings between these two teams, the away team went 4-1 ATS, while Minnesota went 4-2 ATS in their last six matches with the Bears. They have the starting quarterback. They are attempting to shatter a record while using their main attacking weapon. This final hour of the Bears’ season might be a long one. Minnesota will win to a predicted score of 28-20.