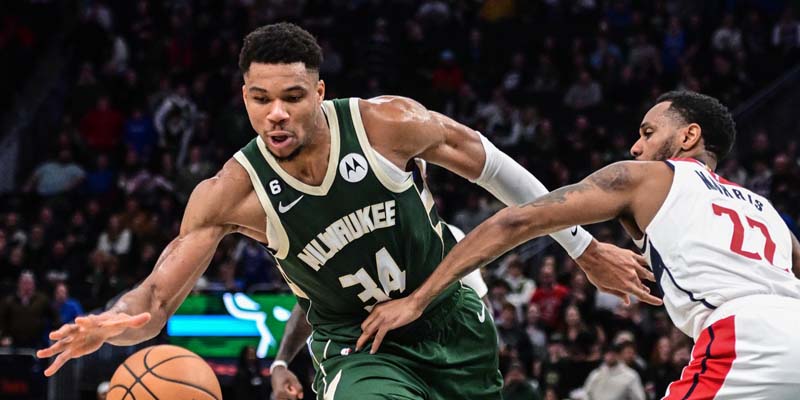 The Milwaukee Bucks will go against the Toronto Raptors in NBA action in Scotiabank Arena, ON, CAN, on Wednesday, January 04, 2023, at 7:30 PM ET. On Wednesday night, Milwaukee will host the Wizards before taking on the struggling Raptors. The Bucks lost to the Wizards on Sunday, 118-95, and then faced them again on Tuesday. Milwaukee defeated the Minnesota Timberwolves 123-114 before the back-to-back games against Washington. Giannis Antetokounmpo led the Bucks with 43 points and 20 rebounds throughout the contest. Bobby Portis and Joe Ingles, who came off the bench, each had a double-double with 22 points and 14 rebounds and 14 points and 10 assists, respectively.

Toronto was anticipated to be a playoff club once more, but as 2023 approaches, many anticipate them to be sellers and attempt to tank the remainder of the year. The Raptors are only a half-game behind the Wizards for 10th place despite being 16-21 and ranked 12th in the East. While the Raptors allow 111.5 PPG this season, Toronto is averaging 111.4 PPG, which ranks 26th overall. The three players averaging the most points per game for Toronto this year are Pascal Siakam (26.5), OG Anunoby (18.6), Fred VanVleet (18.1), Gary Trent Jr. (17.9), and Scottie Barnes (14.8).

The Raptors are now 3-7 in their past 10, losing to the Indiana Pacers 122-114 on Monday. Toronto started the game with a lead but was outscored by 15 points in the second half. The Raptors battled in the fourth to lose the game after a strong third period. Trent Jr. topped Toronto with 32 points, followed by Siakam with 26, Barnes with 23, and Anunoby with 17.

Milwaukee Bucks vs Toronto Raptors. The NBA pick for this game is the Milwaukee Bucks. Despite Milwaukee being on a back-to-back and Toronto having a bad season, largely due to their shooting, the Bucks will win and cover the spread. Although Toronto was led by its defense, the Raptors’ shooting and offense were factors in their failure, and the Bucks have a very strong offense and good defense. Toronto, on the other hand, frequently struggles to stop top players when they face them, and anticipate that will be the situation here with Giannis. The Raptors also struggle around the rim, so anticipate Brook Lopez to succeed down low and score easy points. The Milwaukee Bucks will win to a predicted score of