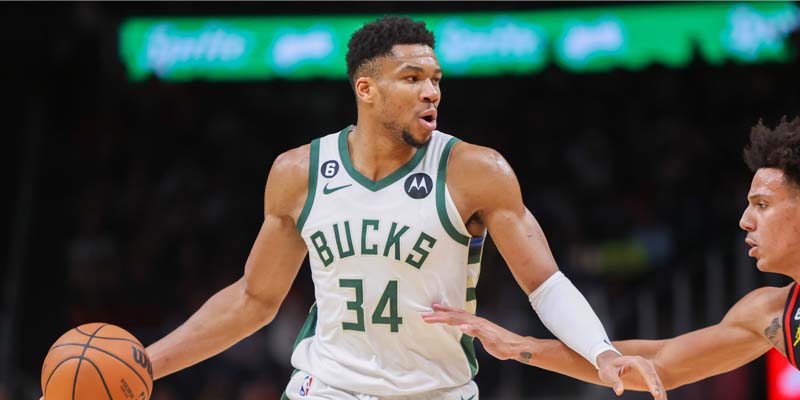 The Milwaukee Bucks will go against the Miami Heat in NBA action in Miami-Dade Arena, FL, on Saturday, January 14, 2023, at 1:00 PM ET. The Heat ended the Bucks’ two-game unbeaten run in their most recent contest. They’ll strive to bounce back from the defeat by defeating their adversaries, which would be their third victory in their previous four games. Milwaukee scores 112.2 points per game on average. In their most recent game, they made 40.2 percent of their field goals and 38.6 percent of their three-point attempts, totaling 102 points. The Bucks were led by Jrue Holiday, who had 24 points, six rebounds, and 11 assists.

Jordan Nwora ended with 16 points and 5 rebounds, while Jevon Carter finished with 18 points, 4 rebounds, 3 assists, and 3 steals. Milwaukee was strong on defense, allowing 110.9 points per game. In their previous game, they allowed 108 points, so if they wish to overcome this one, they will have to put out a similar effort. Joe Ingles (rest), Giannis Antetokounmpo (knee), and Grayson Allen (ankle) are all doubtful for this contest.

The Miami Heat are currently on a two-game unbeaten run and are performing nicely. They will try to maintain the momentum by defeating the Bucks once more, which would mark their fourth victory in the previous five games and third straight victory. Miami scores 108.8 points per game on average. In their most recent game, they scored 108 points while hitting 44.2 percent of their field goals and 26.5 percent of their three-point attempts. Gabe Vincent topped the Heat in scoring and assists with 28 points and six.

Jimmy Butler scored 17 points and grabbed 11 rebounds, while Bam Adebayo finished with 24 points and 12 rebounds. Miami was strong on defense, allowing just 108.8 points per game. They conceded 102 points in their previous game, so they’ll need to keep it up if they hope to win. The following players are doubtful for this game: Udonis Haslem (Achilles), Kyle Lowry (Knee), Dewayne Dedmon (Suspension), Tyler Herro (Achilles), and Caleb Martin (Quad).

Milwaukee Bucks vs Miami Heat. The NBA pick for this game is the Miami Heat. The Heat won four of their previous five games at home and three of their past four games overall. Although they don’t have a high-scoring offense, they perform well at home, where they average over 109 points a contest while making 46% of their shots. They don’t turn the ball over a lot and are highly active on the offensive boards, which will offer them more opportunities to score. The Bucks’ last four contests were split. They were effective offensively, but on the road, where they average fewer than 108 points a contest while making 43% of their shots, they are less effective. Recently, they have trouble making free throws, making fewer than 70% of them in their last 3 matches. Although they are one of the league’s top rebounding teams and their offensive rebounding will keep them in this game, they were careless with the ball on the road, turning it over more than 15 times per game, which will give the Heat, who average more than 7 steals per game at home, easy scoring chances. The Miami Heat will win to a predicted score of 111-108.