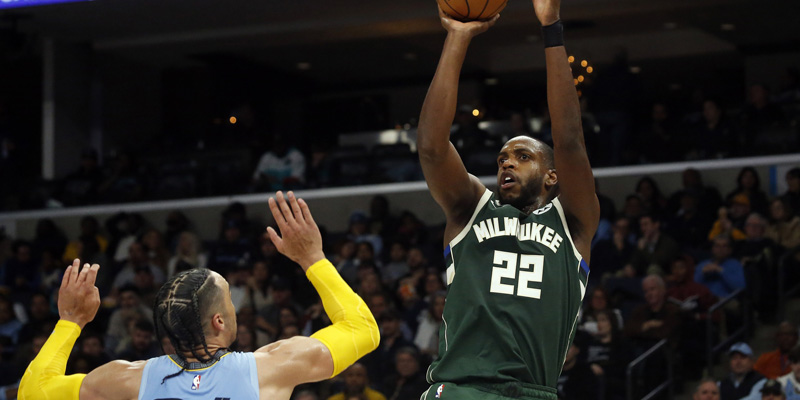 The Milwaukee Bucks will visit the Memphis Grizzlies at FedExForum in Memphis, TN on Thursday evening at 8:00 PM (EDT). The Bucks won eight of their last ten games and trail Boston by one full game for the best record in the league. Milwaukee jumped off to an 11-point lead in the first quarter and never looked to a 128-111 home victory over the Golden State Warriors, Tuesday. Milwaukee is 2nd at 20-7 in the East and is on top of the Central Division.

The Bucks are 8-2 in their last 10 matches of the season. Milwaukee is averaging 112.6 points on 45.9% FG shooting and is allowing 107.6 points on 44.5 percent shooting. PF Giannis Antetokounmpo averages 31.1 points and 11.3 rebounds. SG Jrue Holiday is averaging 19.1 points and 5.3 rebounds. Center Brook Lopez is the third double-digit point maker and PF Bobby Portis is grabbing 10.3 rebounds per game. The Bucks are shooting 35.2 percent from beyond the arc and 73.9 percent from the FT line. Milwaukee is allowing 34.5 percent shooting from deep and are grabbing 48.8 rebounds per game.

The Memphis Grizzlies are on a six-game winning run and are tied with New Orleans Pelicans for the top post in the Western Conference. Memphis dropped the Atlanta Hawks by 15 points during the third quarter to pull away for a 128-103 home victory, Monday. The Grizzlies (18-9) assisted on 36 of their 50 made field goals and shot a scorching 60 percent overall. Memphis is tied at first place in the Western Conference and is on top of the Southwest Division.

The Grizzlies average 115.5 points on 46.8% FG shooting and are allowing 111.7 points on 45.1 percent shooting. PG Ja Morant is averaging 27.7 points and 7.8 assists. SG Desmond Bane is averaging 24.7 points and 4.9 rebounds. PF Jaren Jackson Jr. is the third double-digit scorer and Dillon Brooks is grabbing 3.7 rebounds. Memphis is shooting 36% from beyond the arc and 70.2% from the FT line. The Grizzlies are allowing 35.9 percent shooting from deep and are grabbing 48.7 rebounds per game.

Philadelphia 76ers vs Memphis Grizzlies. The NBA pick for this game is the Memphis Grizzlies. SG Jrue Holiday (illness) did not play during Tuesday’s victory and will remain out from this game. These two teams rank in the top third of the league in offensive and defensive efficiency. The Bucks could be exhausted coming off a win against the Golden State. Take the Grizzlies to win at home predicted to a score of 118-110.