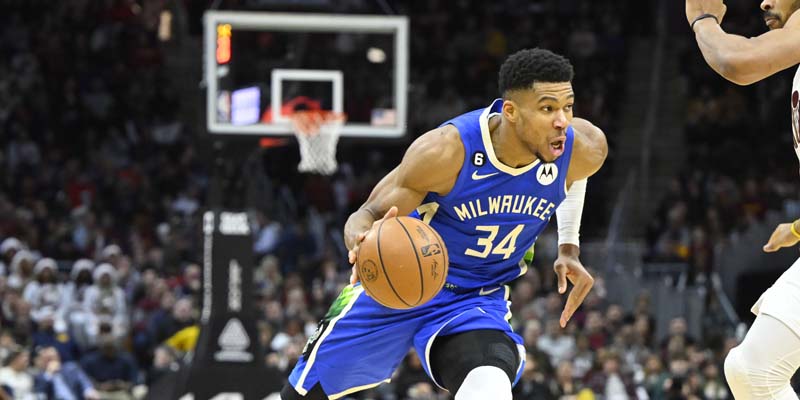 The Milwaukee Bucks will play their 3rd straight road game of five matches against the Nets at Barclays Center in Brooklyn, New York on Friday evening. The Bucks recently fell to the Cleveland Cavaliers 114-106. Milwaukee struggled on both ends of the court. The team is on top at 22-9 in the Eastern Conference and leads the Central Division.

The Bucks average 112.6 points on 45.9 percent FG shooting and allow 108.4 points on 44.9 percent shooting from the field. PF Giannis Antetokounmpo averages 30.6 points and 11.1 rebounds while PG Jrue Holiday is averaging 19.2 points and 5.2 rebounds. PF Bobby Portis is the third double-digit scorer and Center Brook Lopez is hauling 5.9 rebounds. Milwaukee is shooting 35.2 percent from beyond the arc and 73.8 percent from the FT line. The Bucks are allowing 34.6 percent shooting from deep and are grabbing 48.6 rebounds per game.

At “ The City of Churches “, the Brooklyn Nets are gunning for their eighth consecutive victory when hosting the Bucks on Friday. Brooklyn is 20-12 and second in the Atlantic division, trailing a pair of games behind the first-place Boston Celtics. Brooklyn trounced the Golden State Warriors 143-113 on Wednesday, scoring 91 points in the first half. Kevin Durant led the Nets with 23 points. Brooklyn shot 64.3% overall and 63.6% from three-point territory.

Milwaukee Bucks vs Brooklyn Nets. The NBA pick for this game is the Brooklyn Nets.  Brooklyn will pick up a victory behind the home crowd over Milwaukee on Friday. The play here is OVER. The OVER cashed in four of Milwaukee’s last five and six of Brooklyn’s last seven. The Nets are coming off a 30-point win in which the Nets scored 143 points, including 91 in the first half. The OVER has also cashed in four of the last five games that Brooklyn played during December. Prediction: Brooklyn Nets win but our best play is OVER 123-121.