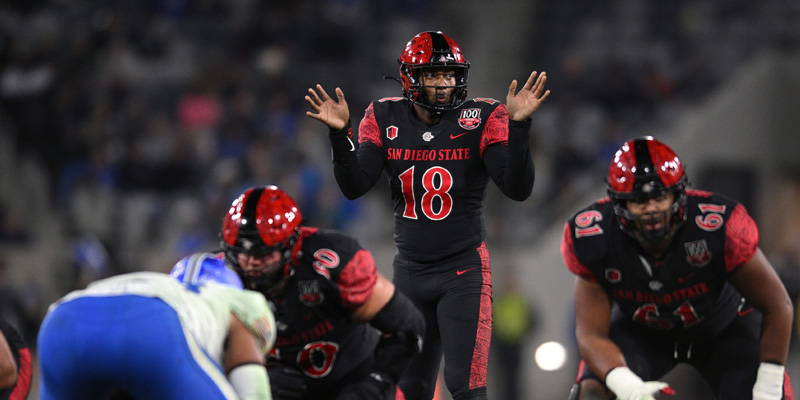 The Middle Tennessee Blue Raiders will compete in the EasyPost Hawai’i Bowl with the San Diego State Aztecs at Clarence T.C. Ching Complex in Honolulu, Hawaii on Christmas Eve at 8:00 PM (EDT). The Blue Raiders concluded their regular season with a record of 7-5-0 placing them 4th in the Conference USA. Middle Tennessee came off victorious over the Florida International Panthers by a score of 33-28.

The Blue Raiders have Chase Cunningham who threw 2,920 yards, 19 touchdowns, and 9 Picks on 67.4% passing. RB Frank Peasant rushed for a team-high 747 yards and 9 TDs. WR Jaylin Lane leads with 59 catches for 829 receiving yards while Izaiah Gathings has 490 receiving yards along with 53 receptions. Elijah Metcalf, DJ England-Chisolm, and Yusuf Ali each have 300+ receiving yards as well this season. Tra Fluellen has a team-high 97 total tackles including 54 solo tackles while Jordan Ferguson has 8.5 sacks as part of Middle Tennessee’s 33 sacks this season. The Blue Raiders also have 17 picks this season.

The San Diego State Aztecs have the same standing at 7-5 to end their regular season. QB Jale Mayden led the Aztecs after taking over the signal-caller post last October to mark a 5-2 tally in his seven starts of the season. He completed 63% of his passes and threw for 1,721 yards with 10 TDs and seven picks. San Diego State lost to the Air Force Falcons in its last game of the season.