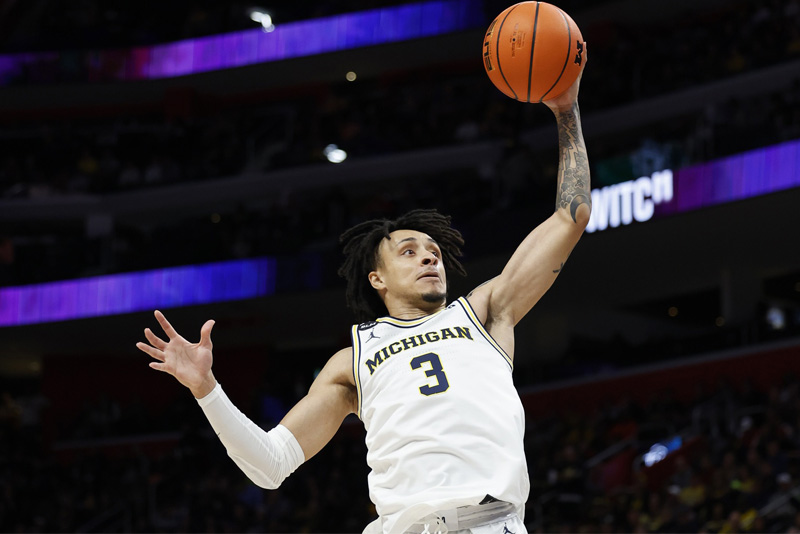 The #20 Michigan Wolverines will meet with the Pittsburgh Panthers at Barclays Center on Wednesday, November 16, 2022, at 6:00 PM ET. Michigan will enter the game with a 2-0 record. They commit 16.5 fouls per game as a basketball team and turn the ball over 9.5 times a game. Michigan is currently sitting with 32 assists and 39.5 rebounds per game as a team, which places them 215th in the nation in terms of ball movement. The Wolverines are making 63.3% of their free throw attempts and shooting just 14.0% from beyond the arc.

Dickinson led the Wolverines in scoring with 31 points on 13 of 17 shooting and seven rebounds. He was one of the top big players in the country in 2021–2022, averaging 18.6 points for a dismal 19–15 squad. The Wolverines were ninth in the Big 10 last season with a 33.9% three-point field goal percentage, yet they were only 5-of-21 against Eastern Michigan. Terrance Williams, a junior forward, did score 18 points, grab 11 rebounds, and make 3-of-7 three-pointers.

Pittsburgh’s record thus far this season is 1–1. The Panthers are fouling out 21.0 times a game and making 73.2% of their free throw attempts. They give out 14.0 assists per game, which ranks 176nd in the nation, but they also turn the ball over 17.0 times per game. Pittsburgh averages 39.0 rebounds per game and scored 136 points this season (68.0 per game). The Panthers are 38.8% from the field as an offensive unit, which places them 326th in the nation in college basketball.

Pitt defeated Tennessee-Martin 80-58 in their opening game on November 7. After a difficult 11-21 season, that seemed to be what Jeff Capel’s club needed. Ole Miss transfer Blake Hinson (6-7, 255) seized the lead with 27 points and 13 rebounds. But in Friday’s Backyard Brawl rivalry game, the Panthers lost to West Virginia 81-56 at home. In that game, he only made one of six three-point shots and scored five points. Jamarius Burton, a senior guard, took the lead with 16 points on 5-of-7 shooting and 7 rebounds.