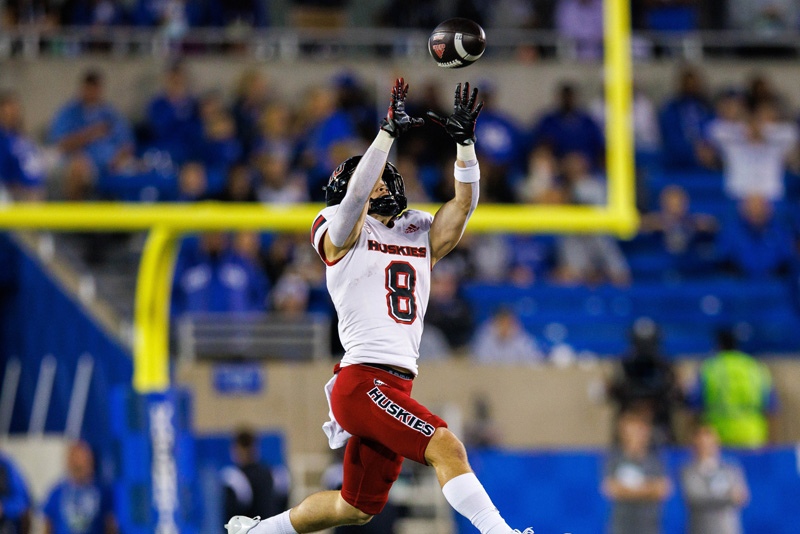 The Miami (OH) Redhawks will swoop down Brigham Field at Huskie Stadium to battle the Northern Illinois Huskies on Wednesday at 7:00 PM ET. Miami-OH accumulated 3,008 total yards this season. In terms of touchdown distribution, Miami has 11 touchdowns through the air and 10 touchdowns on the ground. The Redhawks amassed 158 offensive first downs and made 58 penalties for 502 yards. The Miami RedHawks score 19.6 points on average each game.

The RedHawks are 4-6 entering into this encounter after losing to the Ohio Bobcats in their most recent game, 37-21. Brett Gabbert completed 20 of 26 passes for 244 yards and 3 touchdowns. In the final minutes of the game, he had a quarterback rating of 193.8 and no interceptions. The RedHawks’ top rusher, Keyon Mozee, had 6 carries for 27 yards (4.5 yards per attempt). They ran 47 plays for a total of 313 yards on the day.

The Northern Illinois University Huskies are currently ranked 71st in D-1 with an average of 385.1 yards per game. The NIU offense ranks 57th in the nation in terms of aiding the other team, with 620 yards in penalties on 64 violations. The Huskies passed for 1,855 yards and averaged 185.5 yards per game, which puts them at 114th in college football. The NIU Huskies rank 64th nationally in terms of scoring ability with an average of 29.2 points per game.

The Huskies enter this game with a 3-7 record for the year. The team closely defeated the Western Michigan Broncos by a final score of 24-21. Nevan Cremascoli finished the game with 133 yards on 8 of 17 passes, good for a quarterback rating of 96.9. 3 interceptions were thrown by him, and his Y/A was 7.8. Jaiden Credle finished the game averaging 3.8 yards per carry for NIU on 36 attempts for 136 yards. The Huskies ran 63 plays for a total of 353 yards in the end (5.6 yds per play).

Miami (OH) Redhawks vs. Northern Illinois Huskies. The NCAAF pick for this contest is the Miami(OH)  Redhawks. The Huskies and RedHawks will clash frequently and early because the Huskies hold a strong running combo and the RedHawks want to stuff the run. The game might not be as entertaining. If the RedHawks’ offense does well, they should cover the spread and win outright, especially since they only need two more victories to get into a bowl game. It would be excellent to get the spread at three points. Take the RedHawks’ side in this contest. The Miami Redhawks will claim victory by a predicted score of 24-21.