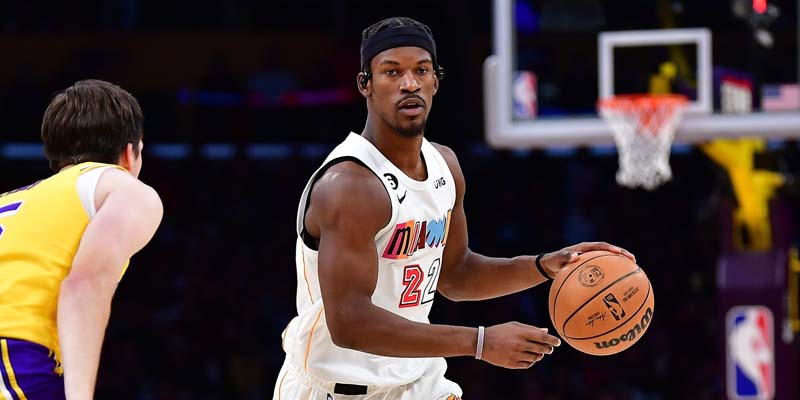 The Miami Heat will meet with the Phoenix Suns in NBA action in Footprint Center, AZ, on Friday, January 6, 2023, at 10:00 PM ET. The Miami Heat (20-19; 14-23-2 ATS) just lost to the Los Angeles Lakers 112-109 on Wednesday. After a couple of victories against the Utah Jazz (126–123) and Los Angeles Clippers (110–100), the Heat abruptly reverted to their losing ways. With 8 minutes left in the fourth quarter, Miami led by six points but was unable to hold on. Miami had 14 offensive rebounds and defeated the Lakers 66-60 in the paint. The Heat made 45.3% of their field goals and had a respectable assist-to-turnover ratio of 24/13, but it wasn’t enough. Jimmy Butler had 27 points, 4 assists, and three steals, while Bam Adebayo had 30 points, 13 rebounds, and three blocks to lead Miami.

Bam Adebayo reached the 30-point plateau three times in a row. In his last eight games, he scored 25.6 points and grabbed 10.9 rebounds on average. The Heat is now in seventh place in the Eastern Conference after going 4-2 SU and ATS over their past six games. Miami is fifth in adjusted defensive efficiency and 25th in modified offensive efficiency in the league (111.3 points per 100 possessions).

This previous Wednesday, the Phoenix Suns (20-19; 20-19 ATS) lost their fourth straight game. They lost to the Cleveland Cavaliers 90-88 to cap off a six-game road trip. In what was a true defensive struggle, the Suns let an 11-point lead slip away by making only 39.5% of their field goals. Phoenix shot 10-for-28 from outside the arc and had a 24/15 assist-to-turnover ratio, but after holding the Cavaliers to just 33 points in the first half, the Suns gave up 55 points in the second half. Deandre Ayton recorded a double-double of 15 points and 18 rebounds, while Chris Paul paced Phoenix with 25 points and 8 assists.

In their last eight matches overall, the Suns only managed a 1-7 SU record and a 3-5 ATS mark. They share the eighth seed in the Western Conference with the Golden State Warriors. Phoenix ranks sixth in the NBA with 115.8 points scored per 100 possessions while surrendering 113.3 points in return (tied-11th). However, the Suns are harmed on both sides of the ball by Devin Booker’s injury.

Miami Heat vs Phoenix Suns. The NBA pick for this game is the Miami Heat. The loss of Devin Booker is a major setback, and without Cameron Payne, the Suns’ backcourt will be severely depleted in a challenging game against the Heat. Jimmy Butler will terrorize the Suns’ defense, and Miami was playing really well lately, so pick them to win. Both teams are capable of playing great defense, but Miami’s best player will be the difference-maker on offense. The Heat triumphed in six of their past eight away matches. The Suns lost four of their previous six home matches, while they are 12-2 SU in their last 14 away games versus them. The Miami Heat will win to a predicted score of 111-108.