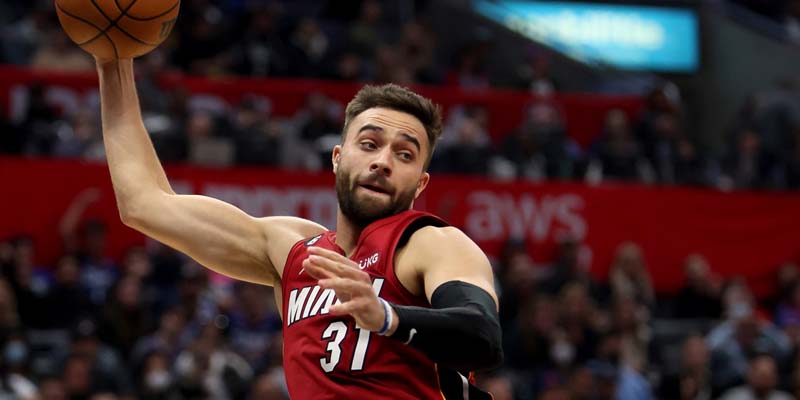 The Miami Heat will bring warmth to “ The City of Angels “ when they meet the LA Lakers at Crypto.com Arena in downtown Los Angeles, CA on Wednesday evening. The Heat played well this past week, winning four of their last five matches. Miami is bent to continue scorching their opponents with a win here. The team is on a 2-game winning run and their fifth in their last six games. Miami is 7th at 20-18 in the Eastern Conference and leads the Southeast Division.

The Miami Heat are 8-3 in their last 11 matches of the season. The Heat recently burned the LA Clippers 110-100 on the road, Monday. Center Bam Adebayo delivered 31 points and 13 boards on 12 of 19 shooting from the field. SG Tyler Herro made 23 points with seven rebounds off the glass, with three assists. PG Victor Oladipo chipped in 15 points off the bench. The Heat shot 45 percent from the field and 12 of 36 from the 3-point line. They wasted an early 21-point lead before they regrouped and held the Clippers to just 17 points in the fourth. The team scored 110 points in their last game, making 45.9 percent of their field goals and 33.3 percent of their three-pointers.

At “ The Big Orange “, The Los Angeles Lakers are back home and are five games below .500. Los Angeles won three of the last four including two in a row after a 6-point road wins against the Hornets. The Los Angeles defense did just enough allowing only 45.2% shooting and forcing 14 total turnovers to hold Charlotte to 115 points. The team’s offense made more than 48% of their shots and 33.3% from beyond the arc resulting in 121 total points including 61 in the second half.

The LA Lakers are in good shape with three wins in their past four matches. LA will have the 3rd straight win on their sights after trouncing the Hornets 121-115 on the road. SF LeBron James led the team with 43 points, 11 rebounds, and six assists. Center Thomas Bryant added 18 points with 15 rebounds. SG Dennis Schroder and Austin Reaves scored 15 points apiece. The Lakers shot 48% from the field and 10 of 30 from the 3-point line. The team took control of the contest with a 38-point second-quarter burst. Los Angeles held off a late charge from Charlotte who exploded for 39 points in the fourth quarter.

Miami Heat vs Los Angeles Lakers. The NBA pick for this game is the Miami Heat. The Heat has Dewayne Dedmon and Duncan Robinson listed as questionable to play while the Lakers have Lonnie Walker and LeBron James unsure to sit up in this match. The Heat survived a near steal against the Clippers while the Lakers slowly built their momentum. Miami is the more consistent of the two teams and will predictably prevail 117-110.