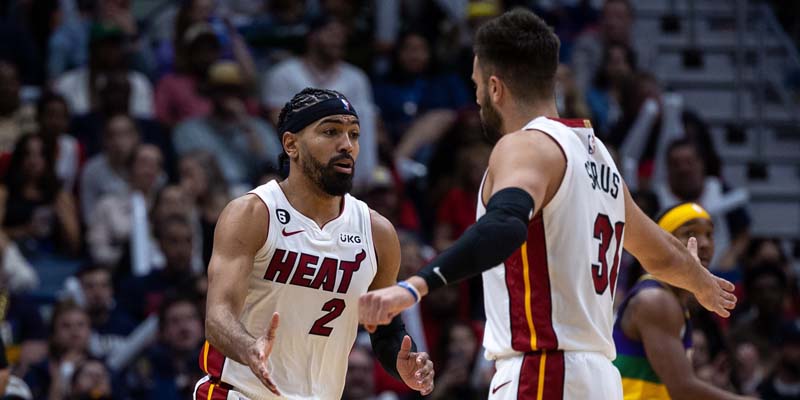 A Friday night NBA on ESPN doubleheader will feature the Miami Heat invading the American Airlines Center in Dallas, Texas to take on the Mavericks at 7:30 PM EDT. The Heat is 25-21 in the Eastern Conference and won seven of their last ten games. Miami is tied with the New York Knicks for sixth place. On Wednesday, The Heat raced out to a 13-point lead after one quarter and cruised to a 124-98 road triumph over the New Orleans Pelicans.

Miami is 7-3 in its last 10 matches of the season. Center Bam Adebayo led the team with 26 points on 11-for-15 shooting and grabbed eight rebounds. All-Star SF Jimmy Butler chipped in 18 points and seven assists for the Heat. The Heat shot 53 percent from the field. Miami is shooting 33.8 percent from beyond the arc and 83 percent from the free-throw line. The Miami Heat are allowing 36.9 percent shooting from deep and are grabbing 41.4 rebounds per game.

At “ The Big D “, The Dallas Mavericks won 16 of their 23 home games and are trying to build a quality roster around MVP candidate Luka Doncic. Atlanta outscored the Mavs by seven points in the fourth quarter of a 130-122 home loss versus Atlanta, Wednesday. The Mavericks are 5th at 24-22 in the Western Conference and third in the Southwest Division. Dallas knocked down 16-for-42 from the three-point line and shot 52 percent overall.

All-Star SG Luka Doncic delivered a game-high of 30 points on 9-for-19 shooting and dished out eight dimes. Center Christian Wood scored 22 points on 9-for-17 from the field and pulled down nine boards. Spencer Dinwiddie added 20 points and seven assists. The Mavericks are shooting 35.9 percent from beyond the arc and 74.4 percent from the FT line. Dallas is allowing 35.7 percent shooting from deep and is grabbing 38.7 rebounds per game.

Miami Heat vs Dallas Mavericks. The NBA pick for this game is the Dallas Mavericks. Dallas is currently one of the hottest teams in the league. Dallas Center Christian Wood fractured his left thumb during Wednesday’s loss and will miss at least a week. The Heat is trending in the right direction, while the Mavericks are currently searching for answers. Take Miami to win on the road. Final Score Prediction, Miami Heat win 112-105.