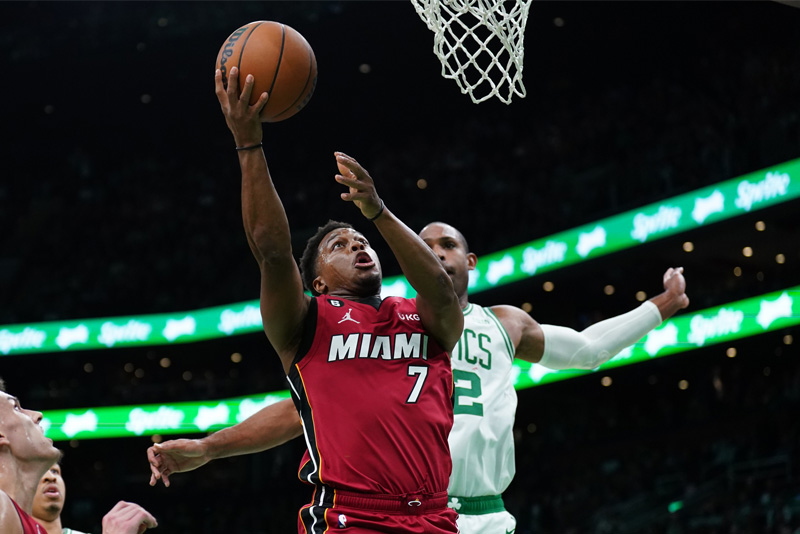 The Miami Heat remain in Boston to play the Celtics on Friday at 7:30 p.m. ET. Miami and Boston played on Wednesday at the TD Garden with the Celtics winning 134-121. Before that, the Heat were on a three-game win streak. Boston, meanwhile, is now on a five-game winning run. Miami is 11th at 10-12 in the Eastern Conference and third in the Southeast Division.

Miami was on a three-game win streak before the loss to Boston as they had beaten Washington Wizards, twice and the Atlanta Hawks. In the game against the Celtics, the Heat was toe-to-toe until the 4th frame when Boston managed to separate themselves for the win. Center Bam Adebayo and Max Strus had 23 points each while Tyler Herro had 22 points off the bench. Haywood Highsmith and Gabe Vincent dropped 16 and 10 points, respectively.

Meanwhile, the Boston Celtics are currently 18-4 and in first place in the East and are on top at 18-4 in the Atlantic Division. The Celtics are an incredible 11-1 at home this season and are on a five-game winning run while they are 9-1 in their last 10 games. Meanwhile, the team is averaging an incredible 121.9 PPG which ranks first in the NBA while their offensive rating of 122.2 is also topping the league. This season, they have been led by Jayson Tatum who’s averaging 31.6 PPG while Jaylen Brown is averaging 26.1 and Malcolm Brogdon is chipping in with 14.4.

The Celtics are on an amazing hot streak at the onset of the regular season. In its game against Miami, Tatum led the team on an MVP performance level on a double-double with 49 points and 11 rebounds while Jaylen Brown added 26 points, and off the bench, Brogdon recorded 21.

Miami Heat vs Boston Celtics. The NBA pick for this game is the Boston Celtics. Boston will be without Robert Williams III and Danilo Gallinari. Take the OVER in this match. Both squads have been hitting the over as Boston is 13-8-1 and Miami is 12-10. Although the teams don’t play at a fast pace – 101 and 100, respectively – they make their possessions count. Boston is the best in the league at 119.9. Predicted to win is Boston 118-109.