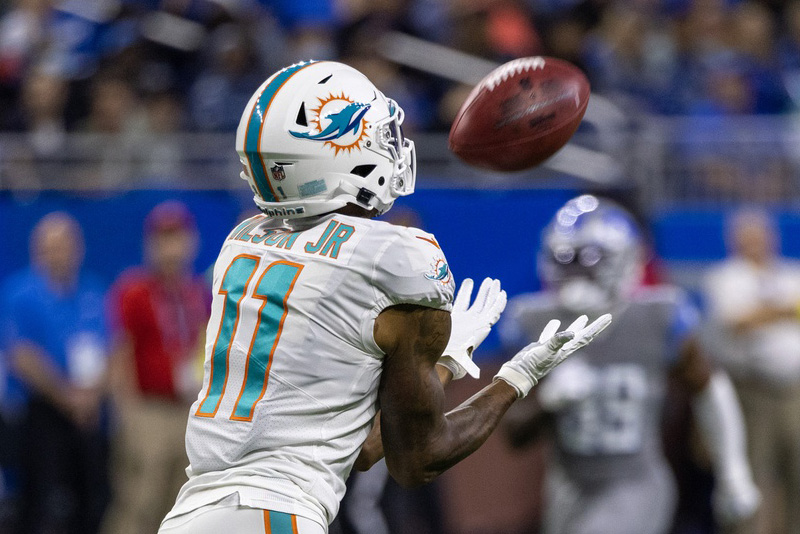 The Miami Dolphins (2nd in AFC East) will visit Soldier Field in Illinois to face off with the Chicago Bears (2nd in NFC North) on Sunday, November 6. The Dolphins are tied in second place at 5-3 with the New York Jets and two games behind the Buffalo Bills in the first place. Miami is 2-1 in the division and 4-2 in conference play while splitting their last four contests away from home following a four-point road win over the Detroit Lions at 31-27. QB Tua Tagovailoa passed for 382 yards and connected three TDs while the Dolphins acquired 476 yards of total offense to beat the Lions.

Miami starting quarterback Tua Tagovailoa compiled a total of 12 touchdowns with only three interceptions in passing for 1,678 yards in leading the offense through the air. On ground offense, RB Raheem Mostert led the running game with 452 yards and one touchdown while WR Tyreek Hill added two touchdowns for 961 receiving yards and WR Jaylen Waddle chipped in five touchdowns for 727 yards. Safety Brandon Jones augmented the defensive line with 49 total tackles while Dolphins compiled 15 sacks and four interceptions for the season.

The Chicago Bears are on their way back to Soldier Field in Chicago to host the Miami Dolphins in Friday’s edition of the NFL Inter-Conference competition. The Bears are 3-5 overall and took second place in NFC North with the Green Bay Packers but are way behind the Minnesota Vikings in first place by 3-1/2 games. Chicago is 0-2 in Division and 1-5 in Conference play while posting a 2-1 home record on the season. The Bears look to bounce back from their last loss to the Dallas Cowboys at 29-49 on October 30. The offense for Chicago gained 371 yards of total offense while their defense faltered after giving away 442 total yards of offense to Dallas. QB Justin Fields passed for 151 yards and penetrated the end zone twice in the loss.

Starting QB Justin Fields led the way for the Bears after passing for 1,199 yards and connected seven TDs with six interceptions for the year. RB Khalil Herbert led Chicago in rushing attacks with 563 yards and nailed four touchdowns while WR Darnell Mooney led the receiving unit with 364 yards to enhance the ground offense. LB Roquan Smith reinforced the defensive line with 83 total tackles on the year while the Chicago Bears tallied 13 sacks and nine interceptions for the season.

Miami Dolphins vs. Chicago Bears. The NFL Pick for this contest is Miami -4.5. The Dolphins gained momentum after winning their last two matches while the Bears lost their recent outing to the Cowboys by 20 points. Miami has two competent wide receivers in Tyreek Hill and Jaylen Waddle that combined for 1,688 receiving yards with seven touchdowns which can give Chicago’s defense a huge problem. Prediction: The Miami Dolphins will win 27-21.