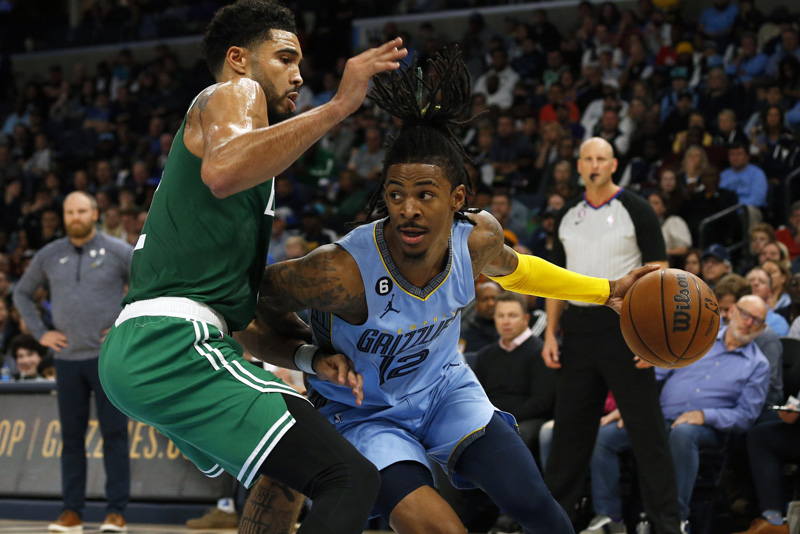 The Memphis Grizzlies will invade “ The Alamo “ and clash with the Spurs at AT&T Center in San Antonio, TX on Wednesday evening at 8:00 PM ET. The Grizzlies recently took the court against the Celtics and lost by a total score of 109-106. Memphis ended the game with a 45.1% field goal percentage (41 of 91) and 15 three-pointers made. The Grizzlies converted 9 of 14 free throw attempts for a 64.3% conversion percentage. They pulled 45 rebounds in total, with 8 of them being offensive. The team also dished 27 assists while forcing the other squad into 15 turnovers with 4 steals.

The Grizzlies’ defense allowed Boston 46.3% from the field on 38 of 82 attempts. The Celtics had 26 assists and 5 steals. In addition, Boston grabbed 45 boards (7 offensive and 38 defensive), and had 4 turnovers. Boston ended the game with a 75.0% free-throw percentage, making 21 of 28 attempts. They also made 12 of 37 attempts from beyond the arc. In terms of fouls, the Grizzlies committed 23, while the Celtics committed 19.

When it comes to 3-pointers, San Antonio hit 12 of their 33 attempts (36.4%). They made 11 of 12 free throws, for a 61.1% success rate. The Nuggets were called for 14 personal fouls in this game, which sent the Spurs to the charity line 18 times. They turned the ball over 24 times and stole 14 times throughout the game. In this game, the Spurs had 28 defensive rebounds and 10 offensive rebounds for a total of 38.