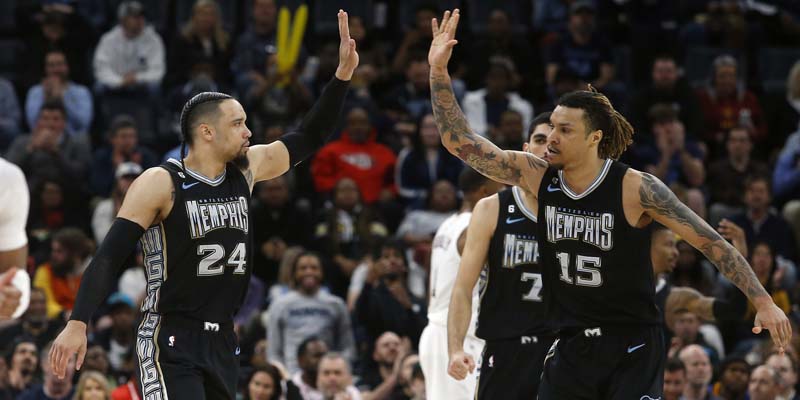 The stage is set for an epic showdown as the Memphis Grizzlies, riding a hot streak of 11 straight wins, head to the Crypto.com Arena in California to take on the powerhouse Los Angeles Lakers. It’s sure to be a fierce battle as the Grizzlies look to continue their winning ways and extend their streak to 12 matches. Led by the scoring prowess of Desmond Bane, who lit up the court with 25 points in their last game against the Cleveland Cavaliers, the Grizzlies will be ready to take on the Lakers. With a collective field goal percentage of 45.4% and a 3-point percentage of 32.4%, the Grizzlies will be a force to be reckoned with. They’ll also be looking to improve on their defensive statistics, after giving up 17 fast break points and 26 points off turnovers in their last game. But with 42 rebounds, 22 assists, 10 steals, and 7 blocks, the Grizzlies are sure to put up a tough fight. Will the Grizzlies be able to extend their winning streak against the Lakers or will the Lakers claim victory in this exciting match-up? Only one thing is for sure, it’s going to be an intense game that you won’t want to miss!

The last time the LA Lakers took the hardwood, they took a loss by a score of 116-111 against the Kings. The Lakers were able to haul 30 defensive rebounds and 6 offensive boards totaling 36 for the contest. They made six turnovers while recording 9 steals for this contest. The Kings had 14 personal fouls in this contest which got the Lakers to the free-throw line for 18 tries.