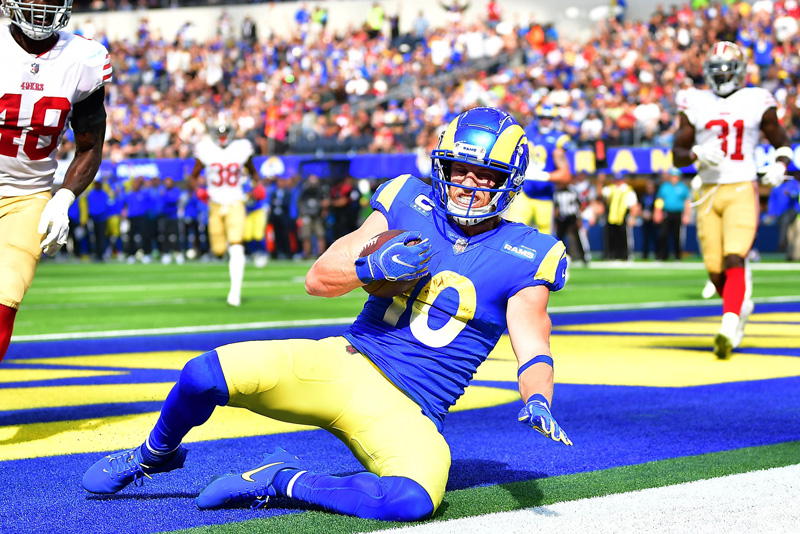 The Los Angeles Rams will go against the Tampa Bay Buccaneers in NFL action in Raymond James Stadium, FL, on Sunday, November 6, 2022, at 4:25 PM ET. The Los Angeles Rams had a 3-4 record heading into this contest. The Rams lost to the 49ers by a score of 31-14 the last time they played on a football field. Ronnie Rivers led the Rams in running with 8 carries for 21 yards (2.6 yards per carry). Cooper Kupp finished with 79 yards on 8 catches, averaging 9.9 yards per catch. Matthew Stafford completed 22 of 33 passes for 187 yards and one score. He ended the game without throwing an interception and had a quarterback rating of 91.4.

The Buccaneers have a 3-5 record heading into this game. The Buccaneers’ most recent game against the Ravens ended in a loss for them by a score of 27-22. Tom Brady (1 TD) finished the game with 325 yards on 26 of his 44 passes for a quarterback rating of 89.7. He avoided interceptions, kept the ball away from the defense, and averaged 7.4 yards per attempt. By catching six passes for 123 yards, Mike Evans led the Buccaneers’ passing offense (20.5 yards per reception).

For Tampa Bay, Leonard Fournette ran the ball nine times for 24 yards, averaging 2.7 yards per carry for the duration of the contest. On 62 plays, the Buccaneers gained 349 yards in total to win the game (5.6 yds per play). Tampa Bay finished the game with 44 yards on 15 runs, averaging 2.9 yards per attempt.