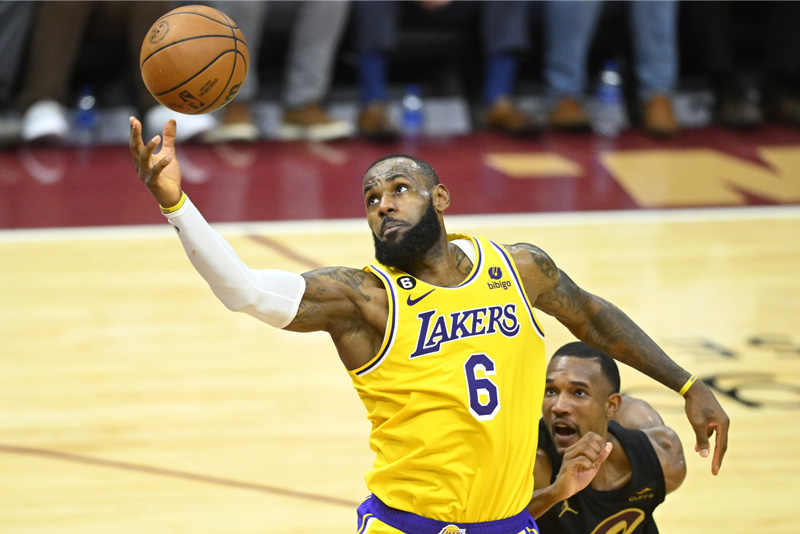 The Los Angeles Lakers and the Raptors will collide at Scotiabank Arena in Toronto, Canada on Wednesday at 7:30 PM (EDT). This will be the 4th consecutive road game of the Lakers after the Cavaliers outplayed them in the final stretch to a score of 102-116 at Rocket Mortgage Fieldhouse in Cleveland last night. The Lakers failed to convert 30 of their 35 3-point tries and lost the ball 16 times on their way to the loss. Los Angeles is 13th at 10-13 in the East and last in the Pacific Rim.

The LA Lakers are 7-3 in their last 10 matches of the season. The team has All-Star SF LeBron James bringing in a team-high of 21 points on 8-for-17 from the floor. He hauled 17 rebounds followed by PF Thomas Bryant with 19 points and nine boards off the bench. The Lakers were 52-70 in the shaded area. Los Angeles is averaging 114.8 points on 47.3% FG shooting and allowing 115.1 points on 46.2% shooting.

North of the US border, The Toronto Raptors will be facing a Davisless Lakers team as 7.5-point favorites. Davis left the game after eight minutes with flu-like symptoms and never came back. The All-Star PF delivered 99 points in his last two matches and had been playing as well as he has in several seasons after being plagued by injuries. Toronto recently lost to Boston 110-116 and is currently 6th at 12-12 in the Eastern Conference and third in the Atlantic Division.

The Raptors had PF Pascal Siakam brought in 29 points, SF Scottie Barnes delivered 21, and SG Gary Trent Jr. pitched in 20. The Raptors won nine of their first 12 home games and rank in the middle of the pack in defensive efficiency with head coach Nick Nurse. Toronto lost for the first time in four home games. The Raptors are 9-3 north of the border this season.

Los Angeles Lakers vs Toronto Raptors. The NBA pick for this game is the Toronto Raptors. LA Lakers PF Anthony Davis left last night’s game with flu-like symptoms and there is no timeline for his return. The Lakers play at the fourth fastest tempo and are playing on consecutive nights. Look for Toronto to win a high-scoring affair. Prediction: The Toronto Raptors win 118-113.