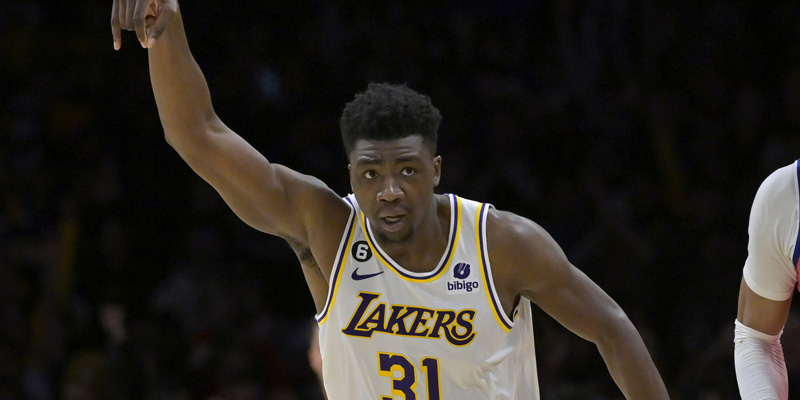 The Los Angeles Lakers will be at Footprint Center in Phoenix, AZ to clash with the Suns on Monday evening at 9:00 PM (EDT). The LA Lakers are last at 12-16 in the Pacific Division and 1oth in the Western Conference. The Lakers recently crushed the Nuggets with a score of 126-108 last Friday. PF Anthony Davis suffered an injury on Friday and will play against the Suns on Monday.

The Lakers are 6-4 in their last 10 matches of the season. Los Angeles has been fortifying as they’ve won three of their past four games; the team will be aiming for a third straight win after snatching a victory over the Wizards 119-117 at home. LeBron James led with 33 points, seven rebounds, and nine dimes, Lonnie Walker added 21 points on seven of 12 shooting while Thomas Bryant tallied 16 points with 10 rebounds. The Lakers shot 50% from the field and 11 of 27 from the 3-point line as they laid away an early 14-point lead. Bryant saved the day by draining a dunk with just 7.1 seconds left on the clock that saved the day.

At “ The Valley “, The Phoenix Suns Phoenix are on a quest for their third win in a row in their clash with the Lakers on Monday evening. The Suns are first at 18-12 in the Pacific Division, a game ahead of the Sacramento Kings and the Los Angeles  Clippers. Phoenix defeated the Pelicans 118-114 on Saturday night. Booker drained 58 points for Phoenix rallying from a 24-point deficit.

The Suns left their worrisome five-game losing streak behind as they are aiming for their third straight victory after the win over New Orleans. Devin Booker’s 58 points include 21 of 35 FG shooting. PG Chris Paul added 18 points with eight dimes while SG Mikal Bridges chipped in 15 points. The Suns shot 47 percent from the field and 15 of 41 from the 3-point line and trailed by as many as 24 points. The team refused to give up and exploded for 72 points in the second half to escape with an impressive comeback triumph.

Los Angeles Lakers vs. Phoenix Suns. The NBA pick for this game is the Phoenix Suns. Los Angeles will be playing the second half of a back-to-back and will be short-handed without leading point maker and rebounder Anthony Davis on the court. Phoenix just won over New Orleans rallying from a 24-point deficit behind 58 points by SG Devin Booker. The Suns will use that emotional lift and momentum to defeat the short-handed Lakers on Monday. Prediction, Phoenix Suns but falls short ATS 117-112.