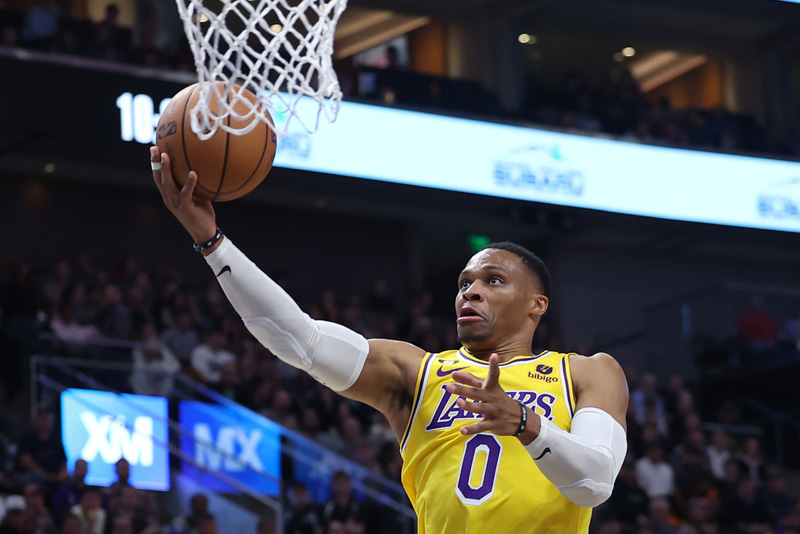 The Los Angeles Lakers will go against the LA Clippers at Crypto.com Arena, CA, on Wednesday, at 10:00 PM ET. The LA Lakers (2-8; 2-8 ATS) stretched their losing run to 3 games, Monday after losing to the Utah Jazz 139-116. The Lakers were unable to cover a 7-point spread in Salt Lake City only a few days after dropping 130-116 to Utah as 3.5-point home favorites. Last Monday, LeBron James missed his first game of the season, and the Lakers couldn’t keep up with the harmonized Jazz.

PF Anthony Davis paced the Lakers with 29 points on 11-for-18 FG shooting while PG Russell Westbrook brought in 22 points and dished 5 assists off the bench. The Lakers only had 15 assists despite playing poor defense throughout the game. James’ status is unsure before the game while Lonnie Walker IV and Patrick Beverley both missed Monday’s game against Utah and are doubtful for Wednesday. They will be without Dennis Schroder and Thomas Bryant due to thumb injuries.

The Los Angeles Clippers (6-5; 4-7 ATS) edged the Cleveland Cavaliers 119-117 as 4-point home favorites on the second night of a back-to-back series. The Clippers were behind by 13 points with 5 minutes left in the fourth quarter, but they rallied behind Paul George and Norman Powell.

The Clippers outscored the Cavs by 26 points while shooting 5-for-11 from beyond the arc. Marcus Morris led the way with 20 points, Reggie Jackson produced 18 points and 7 assists, and Norman Powell chipped in with 17 points off the bench. The Clippers are still without Kawhi Leonard (knee). Head coach Ty Lue emphasized that there is no timetable for Kawhi’s return. Reggie Jackson has a thigh injury and is labeled as doubtful for Monday’s game against Cleveland.

Los Angeles Lakers vs LA Clippers. The NBA pick for this match is the Los Angeles Clippers. The Clippers will not easily defeat the Lakers, but their injury woes would be a factor for games to flip. The Lakers were horrible, particularly on the attacking end of the court. They are allowing 104.2 points per 100 possessions (30th in the NBA) on 44.4% field goal percentage (26th) and 29.1% from deep (30th). The Clippers, on the other hand, did not impress too, scoring 105.2 points per 100 possessions (29th). However, they are averaging 47.4% from the field (9th) and 33.3% from the long-range (25th). In their previous eight games with the Lakers, the Clippers are 8-0 straight up and 7-1 ATS, with six of those 8 wins coming by six points or more. The LA Clippers will win to a predicted score of 113-109.