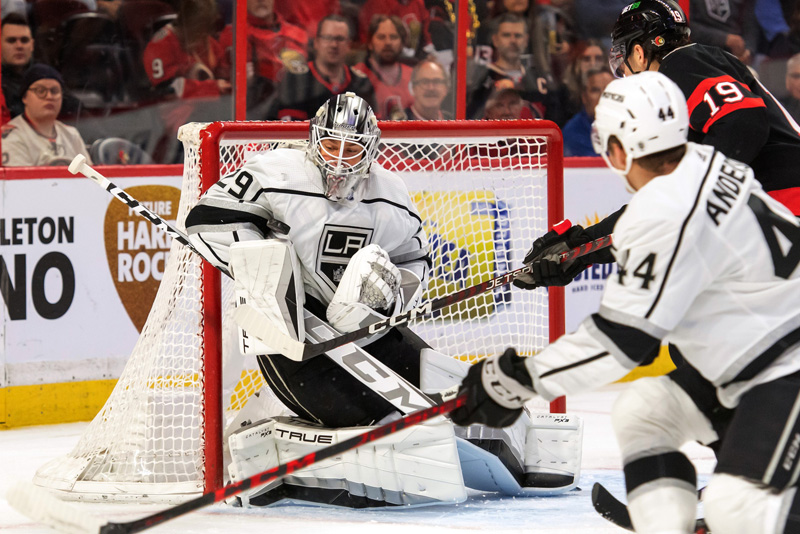 Scotiabank Arena will host Thursday night’s NHL hostilities between the Los Angeles Kings and the Toronto Maple Leafs at 7:00 PM (EDT). Los Angeles (14-10-4) is two games above .500 on the road and is surrendering 3.54 goals per game. On Tuesday, Los Angeles scored twice in the first two-plus minutes and never looked back en route to a 5-2 road triumph against Ottawa.

The Kings average 3.4 goals per game and are scoring on 26% of their power play shots. The LA  Kings are having a strong season with their offense stepping up and scoring 3.43 goals per game with 12 goals in the last three games. Gabriel Vilardi leads Los Angeles with 13 goals, Kevin Fiala has 21 assists and Trevor Moore makes 88 shots on goal. The Los Angeles Kings’ defense is allowing 3.5 goals per game and is killing 72% of their rivals’ power plays. Jonathan Quick has given up 60 goals on 534 shots fired, and Cal Petersen allowed 34 goals on 257 shots.

Meanwhile, The Toronto Maple Leafs are 8-2-3 on their local rink and are trailing the sizzling Boston Bruins by three points for the top post in the Atlantic Division. On Tuesday’s road win, Mitch Marner extended his team-record point streak to 20 with a dime on the first goal at 4-0 against the Dallas Stars. Auston Matthews made his 13th goal of the season to give Toronto (16-5-6) a 2-0 lead after one quarter.

The Maple Leafs average 3 goals per game and are scoring 23.8% of their power play chances. William Nylander led Toronto with 14 goals, and Mitchell Marner has 22 dimes. Auston Matthews made 115 shots on goal. The Toronto Maple Leafs defense allows 2.5 goals per game and is killing 78.3% of their rivals’ power plays. Erik Kallgren gave up 25 goals on 246 shots fired at him, and Ilya Samsonov allowed 18 goals on 238 shots.

Los Angeles Kings vs Toronto Maple Leafs. The NHL pick is the Scotiabank Arena. Toronto Defenseman Victor Mete left Tuesday’s triumph with a lower-body injury and will not suit up in this match in this contest. Both squads showed plenty of offensive firepower from their arsenals that will be taken to the OVER options. The stronger play is on the Kings to rule over the frozen road. Prediction: The Los Angeles Kings win 4-3.