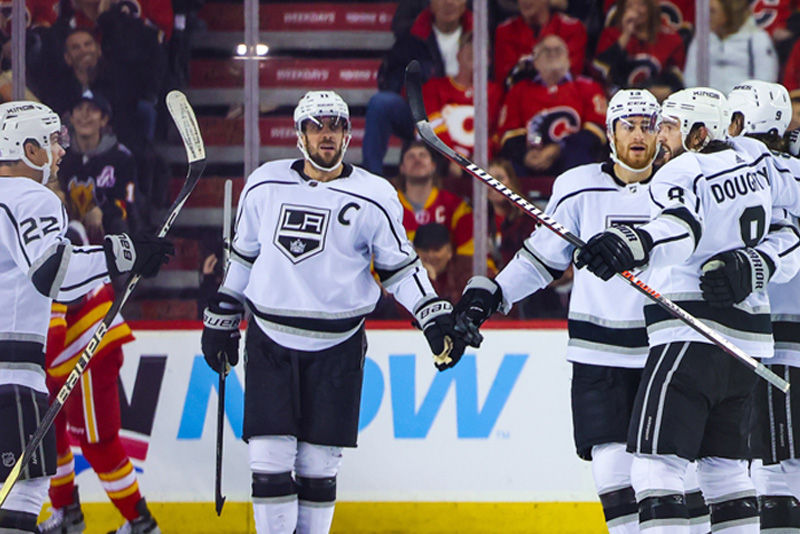 The Los Angeles Kings will visit Rogers Place in Edmonton, Canada to face the Oilers on Wednesday, November 16, 2022. The Kings lost three of their last five in coming to this match-up including their recent 5-6 road loss to the Calgary Flames on November 14. Los Angeles improved their regular season’s overall standing to 10-7-1 on 21 points and second in the Pacific Division with a 4-4-1 road record for the season. The Kings played their best hockey winning four of their last five versus Florida (5-4), Minnesota (1-0), and Chicago (2-1 in OT). Recently Detroit was 4-3 last time out. RW Arthur Kaliyev scored two goals with one coming from a power play assisted by LW Viktor Arvidsson and Center Trevor Moore.

LA’s left-wingman Kevin Fiala scored a total of 18 points in leading the way for the Kings with six goals scored and a team-high 12 assists, three of which came from a power play with a -1 +/- mark this season. Center Gabriel Vilardi led Los Angeles in gaining a team-leading 10 goals with two power-play goals and a total of 44 shots for the year.

The Edmonton Oilers are back home to host this Wednesday’s episode of hockey action versus the visiting Los Angeles Kings. The Oilers come into this match-up losing three of their last five but won their recent road match over the Florida Panthers 4-2. Edmonton is 9-7 in the regular season and played bad hockey as of late winning only two of a four-game road trip. In their road win over Florida, the Oilers held the Panthers scoreless in the first two periods and scored three goals in the third while limiting Florida to just two goals. Defenseman Tyson Barrie scored two goals for the team with one coming from an unassisted power play while the first came assisted by Centers Ryan McLeod and Mattias Janmark.