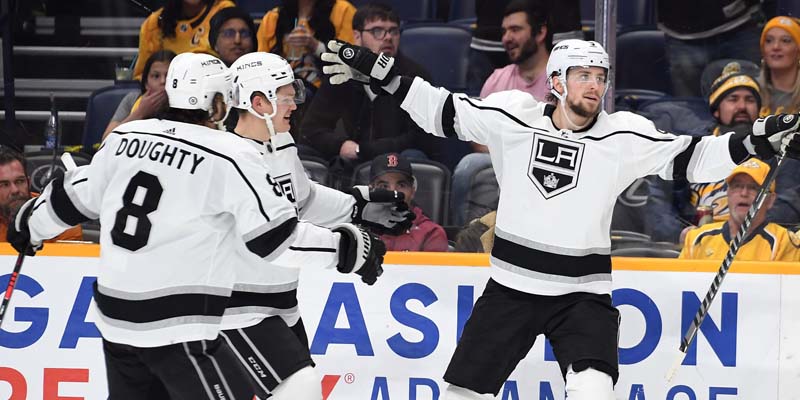 The Los Angeles Kings will face off against the Chicago Black Hawks at the United Center in IL on Sunday, January 22, 2023, at 7:00 PM ET. The Kings are on a back-to-back road trip and have been performing well on offense lately, scoring three or more goals in six of their last ten matches. They are currently ranked tenth in shots per game and fourteenth in goals per game.

Leading the team in goals is Adrian Kempe with 18, Kevin Fiala with 47 points, and Anze Kopitar with 35 points. The Kings defense has been strong, ranking sixth in shots against per game and 23rd in goals allowed. However, their goaltending has been a bit of a weakness this year, with Pheonix Copley having a 12-3-0 record, 2.78 GAA and .898 SV%, and Jonathan Quick having an 8-10-4 record, 3.35 GAA and .884 SV%.

The Chicago Blackhawks recently finished a back-to-back series and have struggled with their offense this season. In five of their last ten games, they scored two goals or less. The leading scorers for the team are Max Domi with 30 points, Jonathan Toews with 27 points, and Patrick Kane with 29 points.

Los Angeles Kings vs Chicago Black Hawks. The NHL pick for this game is the Los Angeles Kings. The lack of defense with both squads will be obvious in this contest. The Blackhawks are not that good defensively, but the Kings are not much better. The offense for the Kings is what will help the Kings out, but riding a losing streak will keep the Kings from coming in with any momentum at all and that will lead to the Blackhawks getting a rare win. Final Score Prediction, Chicago Blackhawks win 2-1.